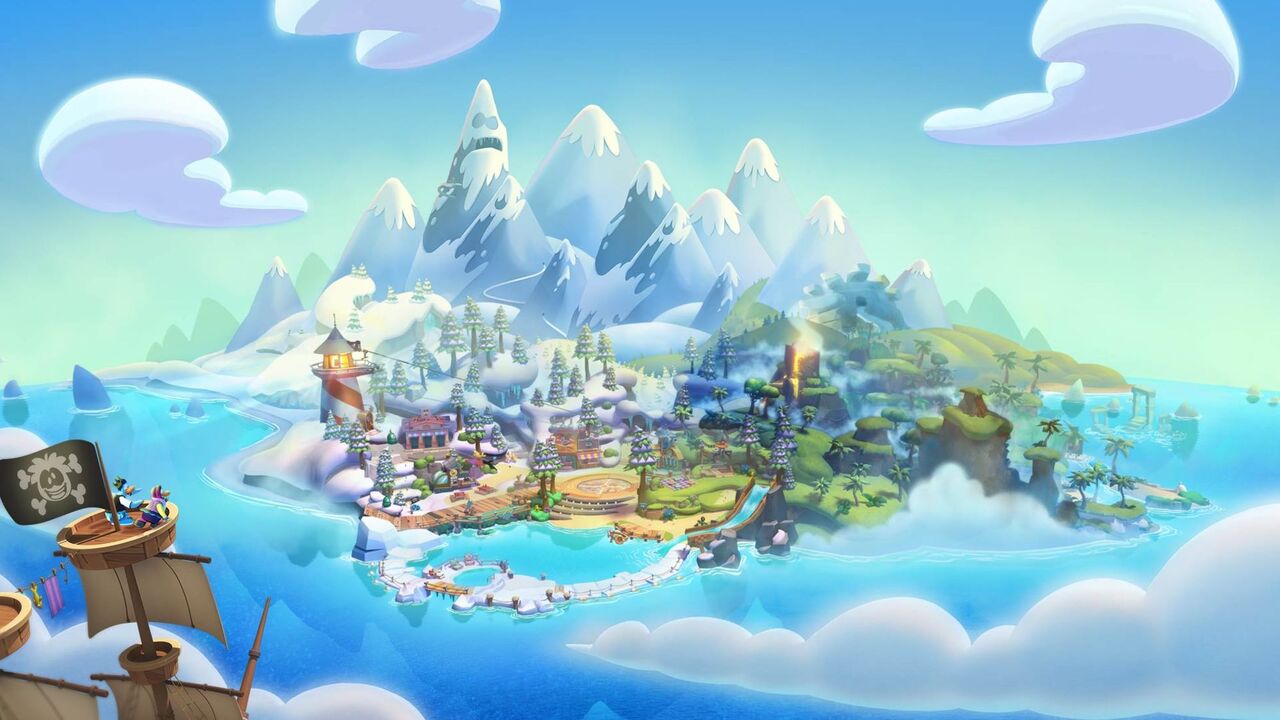 We all know that Club Penguin is now gonna close for that mobile game that is "Club Penguin Island" and that is sad.

Share your memories and goal of what you had with that game.

I joined CP when there were a huge number of secrets to be discovered. I enjoyed attending meet-ups and I used to play CP with cousins as well. Goodbye CP.....It's not gone forever though. Club Penguin island is the next chapter...it will probably have the same staff members and most of our fellow friends will surely come to CPI. Some good memories:

Some mysteries yet to be solved:

Here we go.....to the next chapter of the Club Penguin Universe.

Here we go, to the depths of the underworld. I started CP (im too lazy to write full name) a long time ago, thought it was pretty cool (of course i did, it was the first game i literally ever played) so i played it for a while and got addicted. started watching dumb youtube videos about CP and got bored with game. Came back while later, searched for pins and all that stuff, then the hype began (R O C K H O P P E R ! ! ! ! ! !) so i scrambled to my bro's room and we started playing together trying to find the key to rockhopper's quarters. good times. ahem, found roblox (after Kongregate, that site is still good) and then played it for the basically rest of my life. i regret it, because i never touched CP in like a year or two. a few days ago in my bunk bed my bro from above said "(cant say my name), did you know club penguin is closing?" im like O_O "WHAT!??"

Forgot to mention that the day before the "cp is closing aaaah noo" thing i was on; and guess what? *gives time to think* Q&A said the original CP will stay there forever. Hmph, thanks Disney. Now I'm just playing on CPPS.me thinking why did disney ever buy CP

going through lots of depression lately

The Q&A said: "Don't worry! we are still here!". At the time when this Q&A page was created, the closing date for flash CP was unknown or secret. Anyway, CP has confirmed its closure.

I began playing Club Penguin in 2009. This was because I saw my sister playing Club Penguin, and I thought it was a fun and neat game. I don't think I experienced any 2009 parties though, as I only logged on only when my sister was playing, but she rarely played the game. When she did play Club Penguin, there were no parties happening at the time. In 2010, my relationship with Club Penguin became stronger, especially when I experienced my first party - the Island Adventure Party 2010. 2010 was when I played Club Penguin a lot, even if my sister was offline. Seeing my first party, I was quite surprised when I saw the decorations, and I decided to explore the decorated island since I had no idea why this party even happened. That night, I had an adventurous and amazing time playing Club Penguin, and I knew that I had to keep playing this game in the future.

Anyways, some of my Club Penguin memories are quite strange.

Some of my goals right now:

(edited by Sharkzrule88)
0
I remember that it took me a long time to figure out that in some servers you can and in others can't chat. I was so sad until I figured out I could actually buy clothes, lol.

I loved playing Cardjitsu and was so happy to get a black belt. I completed all the three power-thingies.

I never bothered to collect badges. I was never a member, I didn't want to be one. There was never an actual goal, just to have fun.

I began playing this game in 2011. I can't really remember what exactly what I did because I was so young and I have the worst memory, but what I remember the most was my sister and I enjoying this game. We went through events together seeing the excitement of other penguins, held our own party at the Dance Club, stuff like that. We were like best friends in that game.

I remember when my worst fear was not knowing how to take someone's order. It was illogical, but I was really scared if I made a mistake. I remember when I wanted to work at the Pizza Parlor because other people were doing it and whenever I wanted to approach a table, I would have trouble saying, "May I take your order?" I don't know why, but little me thought I meant I was going to take someones food. I remember one day when I approached a table I finally decided that I would say those words. The person ran away and it haunted me for life and I decided to work at the coffee place instead even if I didn't know how to spell coffee. I'm pretty bad at English to this day. Another thing that scared me for life was the old Everyday Phone Facility test. The part when it started to lock the rooms was so scary for me I had my sister do it for me.

I really miss those days because my sister doesn't want to play any old games we used to play anymore. I had the best moments of my life here. I will miss this game dearly.

I began sometime in the early summer/late spring of 2009, right when the 101 Days of Fun party was going on, same as the Adventure Party. I really had a lot of fun there, and i remember going through a few rooms like the Dock, with that moving image of the safari. There were also quite a few other parties I really liked, such as the 2009 Fire Card Jitsu Hunt, which I remember the volcano glowing and such. I also remembered the 4th Anniversary Party, which honestly is my favourite just because of the amazing, flawless colour pattern and nostalgia.I even have the anniversary cake pin and the hat to prove it! Although 2009/2011 I have extremely blurry memories, as I didn't play all the time and the longer time passes the more you forget, I do remember some great parties like the Card Jitsu Party of 2011, Operation Hibernation, the Wilderness Expedition, etc....In 2012 I slowly began to participate more, and some of my favourite parties then were ones such as the Rockhopper Quest, Puffle Party, Medieval Party, Ultimate Jam and Adventure Party, but all of them I loved so overall 95% of 2012 was a fantastic CP year for me. 2013 I didn't really like because of the horrific, traumatizing new design which were ugly and deserve to be burnt and condemned; some horrific parties too, like the MU Takeover, which honestly was a terrible party. Despite that, there were a few parties that I enjoyed like the Teen Beach Summer Jam, the Holiday Party, and Operation Puffle. 2014 is one of the years I finally fully, concretely played CP, and there were a ton of fun parties then, like the Fair 2014, Muppets World Tour, Future Party and Music Jam for starters. Sure, there was also the horrible Frozen party which is like a horrible disease now, but it's water under the bridge (or poison under the bridge). the 2014 Halloween and Pirate Parties were also on point, but the Merry Walrus Party was mixed for me, and I was on vacation during most of its time, so I barely was able to collect all the items and enjoy it. 2015 was also another full year, and I'll go short on this one; favourite parties, Halloween, Holiday, 10th Anniversary, the Fair, Inside Out and the Fashion Festival, my highlights are especially when the Fashion Festival came as it was the first time I met Dot and I adored everything there. Finally 2016, realistically it was like the bane of my existence, the death of me, the plague of my continent, and so on, so on, but in game, it was very bipolar. Zootopia and Finding Dory I loved so much, I loved going around and roleplaying, the Music Jam was extremely amusing and wide, with some great items, while I just had a holiday blast in the final 2016 party. That's all!

I remember that it took me a long time to figure out that in some servers you can and in others can't chat. I was so sad until I figured out I could actually buy clothes, lol.

Too bad, you could have had at least 15 times more fun!

I loved playing Cardjitsu and was so happy to get a black belt. I completed all the three power-thingies.

I never bothered to collect badges. I was never a member, I didn't want to be one. There was never an actual goal, just to have fun.

Joined August of 2008, over 3,000 days ago. I was a penguin of the day which was pretty lit and I'll never forget the people I met along the way. Shurow, Hey you.cp, sniffy bear and all the other real ones I met on the wiki. It's been real guys.