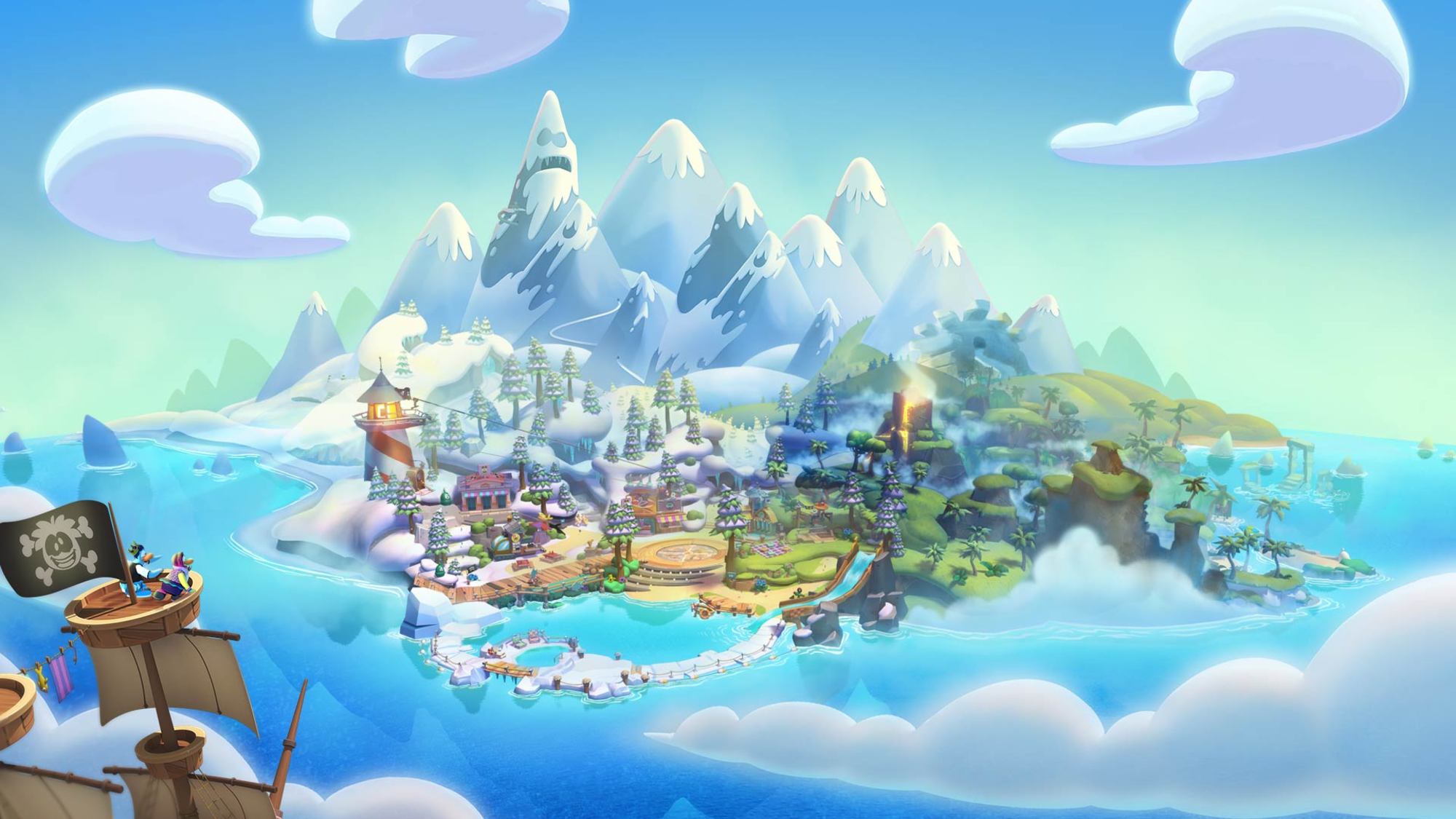 You're too Pro at Card-Jitsu Water for the game to handle.

No need to call him a fool, guy.

Why is he evil? What's his backstory? Every original cp villian used to have his reasons - Herbert hated the noise and the cold (and the fcat that the EPF froze him for a few months didn't help as well...), Protobot was buidl to upgrade itself and destroy everything that stands in its way, and Tusk was stuck in a cave for years, thinking his best friend left him for dead.

But what's the story of skip? Just an evil ghost, that's all.

3. 2007(I joined during the stage construction,but most of it was awesome!)

In regards to the topic...

I have no idea why they even BOTHERED to bring the new artist's on board, because most of the time all they do is reuse art! But that's , well, just the tip of the iceberg.

1. The amount of myths they've brung back.

They were fun for being myths. No one actually wanted them to come, or if they did, not with the addition of toilet humor such as farting rainbows ._.

Yea 2008 was awsome. It had the most new parties, wich kinda stayed with us (music jam is still rolling, same as the medivial party). Yea you're totally right with the myth stuff, the fact they actually confirmed the identity of the director, and said it was exactly the one who everyone thought it was...

Not In those exact words, but yea that was the massage.

I contacted them, they simply said "Well, it got deleted, nothing we can do, get over it"...

But they can't just do it without warning! I whould have rad that inactive players get deleted, and whould have tell my sister to log in.

They didn't warn in any way, Its not right.

So, in my opinion, this was the WORST club penguin year we ever had.

Not because I have a fear of new cp or something, I was pretty forgiving for past years, I think 2012 was pretty awesome...

But this year was definitely the worst.

Tons of takeovers and ads, and it seems that Cp dosn't care about details anymore. For example - this year halloween party. Focused on the puffle hotel and the ghost puffles. The rest of the island is poorly decorated and is mostly recycling room designs from 2013. The puzzles are just no brainers (click on all the pumpkins?Really?is that a puzzle?) (you want to tell methe thing on the library is a MAZE?Really?). Nothing else to do, the rooms are not for rollplaying. It seems all the new partys are now focused on some one big main thing, a small quest or somthing, with a few intercative puzzles, tons of items for member, reasons to log in on later dates to calim all the stuff, and that's it.

I don't say that a main intercative puzzle is bad! But when they only focus on the puzzle and don't give attension to the other rooms, its just boring. For example - the 2012 Halloween party was great! Yea, it had the haunted mansion and the ghost machine, but all the other rooms were designed too! With a new look! And it was great for rollplaying! What do you think?

I think there are more problems in the new party design, I can't pinpoint them all, maybe you can help.

So recently ClubPenguin decided to permanently delete any inactive accounts, without any public warning (on the blog or on other social media), without warning the player vie email that they're going to be deleted. This means that, all beta testers for example, will probebly be deleted soon for inactivity! My sisters super rare account from 2007 got deleted for being inactive for two more then a year! How can they do this without any warning?