Adventures, also known as quests, and prefixed with ep. (short for episode) are activities in Club Penguin Island that players may partake in, and are received by talking to specific quest characters, currently either Aunt Arctic, Rockhopper, Cadence, or Rookie. Adventures involve players traveling around the island, completing tasks, and solving problems. Completing adventures yields coins and XP, and often various other rewards as well, such as a unique item or blueprints.

Except for the first adventure of each first chapter (Leaky Landing, Bottled Maps, Make the Cut, and Drop In), adventures can only be played by members. Also except for said adventure, adventures can be paused and continued later or replayed after completion at will. Completing Leaky Landing is required to access various features in the game, such as Daily Challenges.

Completing an adventure unlocks the following one from the same character. However, Bottled Maps instead requires Leaky Landing be completed. Most adventures also require the player is a certain rank or higher before they can be played.

Chapter 1: Pick of the Year 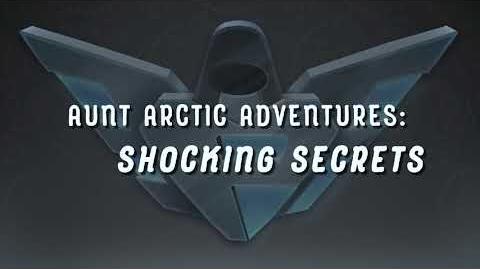