The color of the puffle can either be greenish aqua (green), dandelion (yellow), bluish purple (purple), or slightly pale orange (orange). Compared to the base color, they have a light underbelly and two dark stripes on the back.

Like every other puffle, they have hair-like growths on top of their bodies, but unlike their terrestrial counterparts, alien puffles have a single anglerfish-like antenna that glows yellow (pink if purple puffle) and seems to grant them the ability of teleportation.

The mouth is beak-like and consists of two upper fangs and a forked tongue. The color is maroon with an orange tongue for green puffles, purple with a light blue tongue for yellow puffles, dark blue with a greenish yellow tongue for purple puffles, and red with a lime tongue for orange puffles.

Their face only has one egg-shaped eye that is yellow (green if orange puffle) with a red iris and black pupil. The eyelid is teal for green puffles, dark yellow for yellow puffles, indigo for purple puffles, and dark orange for orange puffles. 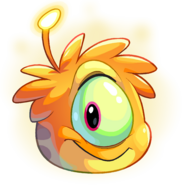 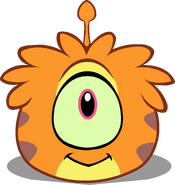 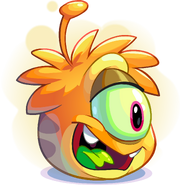 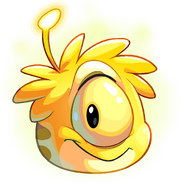 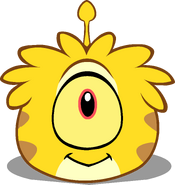 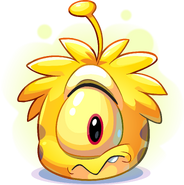 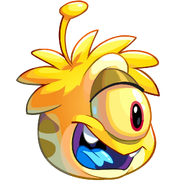 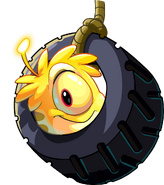 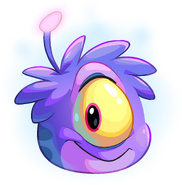 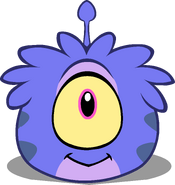 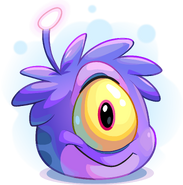 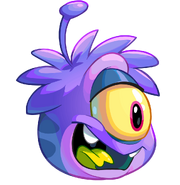 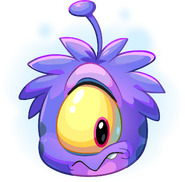 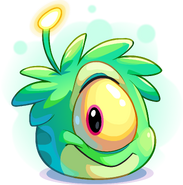 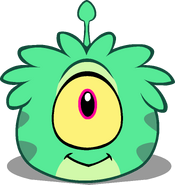 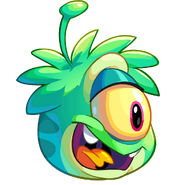