Astro Barrier was a Club Penguin mini-game that is located in the Arcade, next to Thin Ice, and is styled around a classic arcade game. All levels were originally playable by all players. However, on July 26, 2010, non-members were only able to play until level 5.

The game is played on the green screen of the Astro Barrier arcade machine. Only the keyboard is used to play, so the buttons featured on the machine are entirely cosmetic.

The game features a space ship on the bottom of the screen and a series of targets that move back and forth along rails. Each level has its own target layout, and a number of available shots, ranging from 3 to 10. Upon shooting all targets, the player moves to the next level. Consuming all shots without hitting all targets would cost the player a life, and the player would have to restart the level.

When a target is shot, it turns red and stops moving, unless there are multiple targets on the same line in which case, it turns orange and all the targets on the same line stop moving. It will be noted that some targets can only be aimed at through narrow gaps, making hitting them impossible if a target in front of them has been shot beforehand, which requires restarting the level in this case. In addition, the shots do not instantly hit the targets and take a brief moment to travel to hit, thereby requiring careful aiming and timing.

The game ends after successfully completing all 40 levels, or earlier if the player lost all lives.

There are several types of targets introduced throughout the game, with new ones having new properties and rewarding the player with a different amount of points: 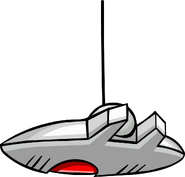 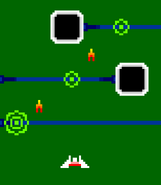 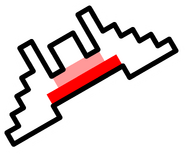 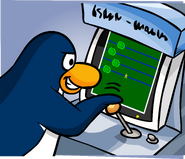 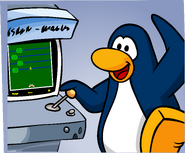 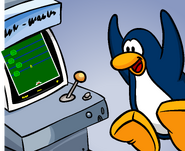