This article is about one of the autographed backgrounds of the Penguin Band. For other uses, see Penguin Band Background (disambiguation).

The Band Autograph was a rare background in Club Penguin. It was available for free by meeting any of the Penguin Band until 2011. It featured the band, with their signatures. 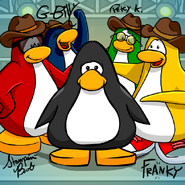 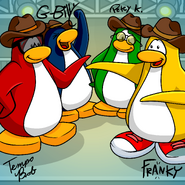 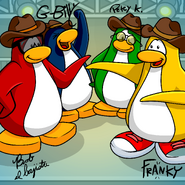 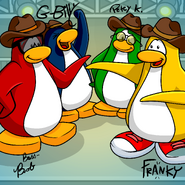 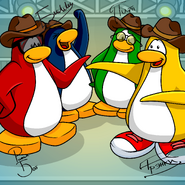 Russian photo
Add a photo to this gallery

SWFEdit
Retrieved from "https://clubpenguin.fandom.com/wiki/Band_Autograph?oldid=1872289"
Community content is available under CC-BY-SA unless otherwise noted.