Club Penguin Wiki
Register
Don't have an account?
Sign In
Advertisement
in: Events, Parties of 2011, 2011,
and 4 more

The Battle of Doom was a battle fought between the Elite Penguin Force and the Hydra Bot along with Herbert P. Bear and Klutzy. It occurred in 2011, after the Medieval Party 2011. The event started because Herbert P. Bear found the Medieval Party hydras and he used them to make a robot called the Hydra Bot. An email for the Earth Day Party 2011 shows a picture of Herbert and Klutzy in two of the Hydras, as a sneak peek.

EPF Rooftop after the battle was no longer playable

Everyday Phoning Facility (if players were not an agent) 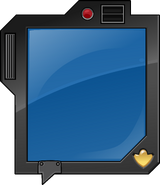 The phone you used to talk to Herbert