The Battle of Doom Event was an event in 2011. It started after the Medieval Party 2011. The event started because Herbert P. Bear found the Medieval Party hydras and he used them to make a robot called The Hydra Bot In the email your parents got at the Earth Day Party 2011 shows a picture of Herbert and Klutzy in two of the Hydras giving you a sneak peak. 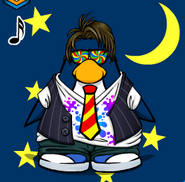 A trashed Everday Phoning Facility
Picture 23434.png
The entrance to the Battle of Doom, minus the ladder.

The Hydra Bot
Add a photo to this gallery
Retrieved from "https://clubpenguin.fandom.com/wiki/Battle_of_Doom?oldid=478300"
Community content is available under CC-BY-SA unless otherwise noted.