Bean Counters was a Club Penguin mini-game that could be played by clicking on the java bean bag in the Coffee Shop. In this game, the player had to catch flying bags full of coffee beans coming out of a truck, while avoiding flying objects. The player must have also loaded the bags onto a platform. Players could not hold more than five coffee bean bags, as they would be crushed by weight and would lose a life. Players could collect more lives as they advance in levels. There were five trucks to unload, therefore, there were five levels. When finished all of them, players would receive an extra 60 coins added on to the amount of coins that you had already earned.

There were various flying objects that were thrown out of the truck, referred to as obstacles.

In level 1, the player just had to catch bags at a slow pace, with no obstacles. The player must catch 20 coffee bags. Your score must be 100 in order to proceed to the next level.

In level 2, the player must catch bags while avoiding flying anvils that came out of the truck.

In level 3, the player must catch bags while avoiding flying anvils and fish (flower pots in the app) that came out of the truck. An extra life would also appear in some point of this level.

In level 4, the player must catch bags while avoiding flying anvils, fish, and flower pots that came out of the truck.

In level 5, the player must catch bags while avoiding flying anvils, fish, and flower pots that came out of the truck, but faster than the previous levels. An extra life would also appear in some point of this level.

If you held any bags when any truck is unloaded, keep loading them to the platform before the next level starts, and you would earned 50 coins for every bag you unload when you did this. Each obstacle also fell in the same place each time.

If you clicked the bottom edge of the top bean bag and clicked the jellybeans. From there you could choose the difficulty: hard, expert, or extreme. Rather than unloading coffee bags, it was jelly beans you were unloading. The goal of this game was to only unload the colors of jellybeans that were shown on the color wheel. You should get the highlighted colors to the unloading platform. Make sure to grab every bag, but the ones with the wrong hues would be tossed back in the truck.

The new start screen starting from 2011

Gameplay of the app version of Bean Counters

The Bean Counters title screen on the app

These sprites were used before the 2011 update 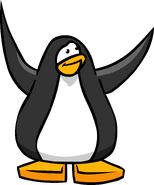 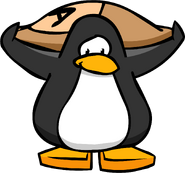 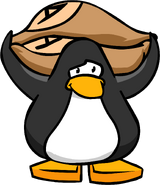 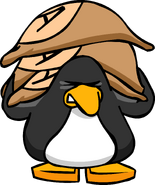 Crushed by an anvil

Crushed by a fish

Crushed by a flower pot