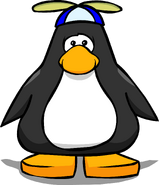 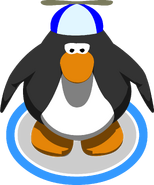 A penguin flying while wearing the item with the Jet Pack

Flying with the item and the Green Puffle 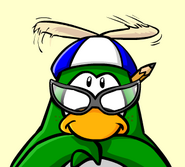 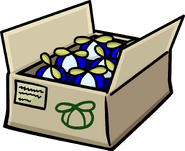 A box full of Blue Propeller Caps at the Mine 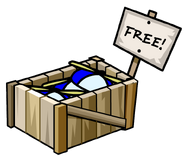 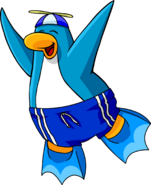 As seen on the Join Team Blue postcard, along with the Blue Shorts and Blue Flippers
Add a photo to this gallery

Retrieved from "https://clubpenguin.fandom.com/wiki/Blue_Propeller_Cap?oldid=1915784"
Community content is available under CC-BY-SA unless otherwise noted.