The Boom Box was another one of Gary's inventions, which looked different than the item version. It did not really have a purpose, it could only self-destruct. It also appeared in the special attack of the GADGET ROOM card in Card-Jitsu. In the fourth mission of the PSA, the Boom Box appeared and was similar to a stereo, but once you turned it on, it would explode. 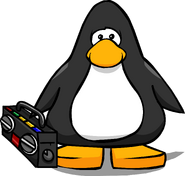 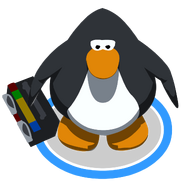 The special dance performed while dancing with this item 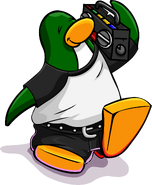 As seen on the Dance Off postcard, along with the Spikester Threads