Card-Jitsu Snow, as well as the Snow Dojo, were officially launched at this party. Sensei was seen waddling around the Club Penguin Island. The Dojo and Dojo Courtyard were renovated, and the Ninja Hideout was removed.

A snowstorm began in the Dojo areas on May 9, 2013. Sensei left on a journey to find the truth behind the storm, and he only left a written note behind:

The elements are out of balance. It is time for me to face the truth behind the storm. The Fire and Water Dojos are open to all. I need every one of you to prepare. Soon, you will understand. One single snowflake may be quiet. But many become a powerful force.

Later, on May 16, 2013, Sensei returns, but no penguin can rest yet. Sensei has a dream of a dark presence from his past and says:

I had a worrying dream... a dark presence, in the shadows of the past. When I awoke, the mountain shook, and the avalanche covered the Dojo. Luckily no ninjas were training at the time. There has been a shift. The elemental forces are out of balance. I am calling on all ninjas-past, present, and those yet to join us-to prepare for battle. It is time, ninjas. Together, from May 23, we must master the power of Snow.

Ninjas then started rumors about three masked snowmen in the mountains that want to defeat Sensei and the Ninjas and destroy the Dojo. As the snowmen make their way to the Dojo, Sensei says that they must master snow to defeat the snowmen and restore balance to the elements. The Dojo is renovated, to keep elemental balance, and the bridge to the Snow Dojo is complete. There, ninjas begin to do battle with the most unexpected of enemies: Tusk, a walrus who used to be Sensei's best friend, but has since become overwhelmed with jealousy and turned evil, and the snow minions, who's power is unlike anything the ninjas have faced before. 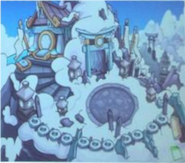 Another sneak peek from Spike Hike. (Notice Tusk on the mountain top.)

A sneak peek of the Dojo 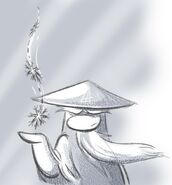 A sneak peek by Ninja on the What's New Blog 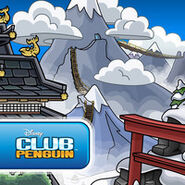 The first homepage advertising the party

The second homepage advertising the party

The third homepage advertising the party 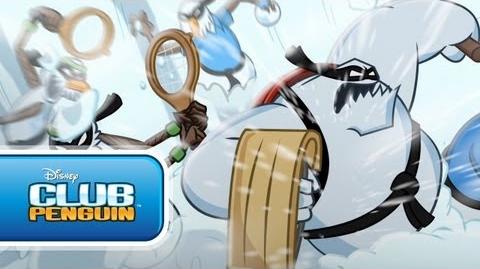