Chattabox (real name Lauren) was a penguin who sometimes posted on the What's New Blog. She worked in the Club Penguin Australian Office in Melbourne and frequently hosted parties at 4pm every Thursday (East Australian Standard Time). She was often found with her side-kick Squiblet, another Australian Club Penguin team member. 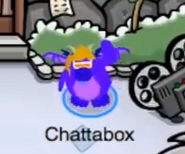 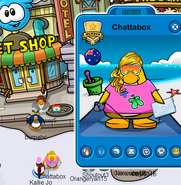 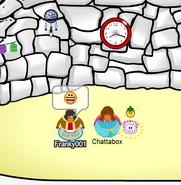 Chattabox in her igloo for one of her parties

Chattabox at the Iceberg during the Holiday Party 2013

Chattabox in her igloo during the Prehistoric Party 2014 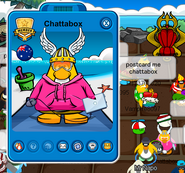 Chattabox at a Field Friday 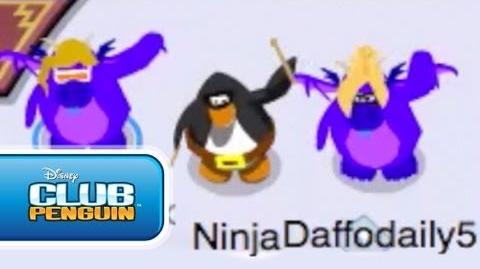