The Clock Tower was a large structure located at the Snow Forts which was built by Gary on February 23, 2007. It only told Pacific Standard Time ("Penguin Standard Time"), which was the main time zone used on the Club Penguin Island, to help penguins from varied time zones when holding parties at their igloo or elsewhere. It also told the day of the week.

On the side of the Clock Tower, there was a target that would spin around when hit with a snowball, which hinted that this was the power source for the clock's internal mechanism; however it was just an encouragement for penguins to take interest in the Clock Tower, as it could work properly without the frequent mechanism boost. Below the target was a secret coded message, which said "By G" (Gary). A plaque was located nearby that, when clicked on, would show an engraved message about the Clock Tower's construction and release; it was removed after the Snow Forts renovation on December 6, 2012. 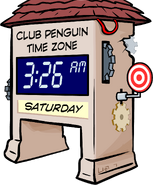 The Clock Tower's original design before The Journey 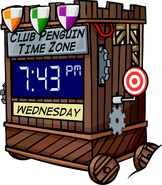 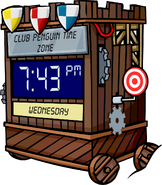 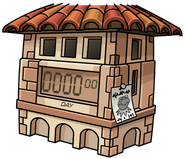 The Clock Tower as seen during the Muppets World Tour 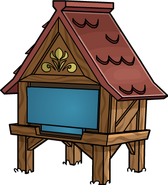 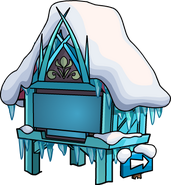 During the Star Wars Rebels Takeover 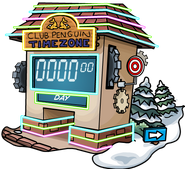 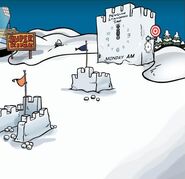 Concept art of the Clock Tower 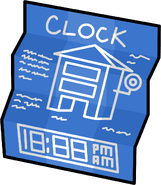 The blueprints of the tower

An article in issue 71 of The Penguin Times about the opening of the Clock Tower, including some designs imagined by the newspaper 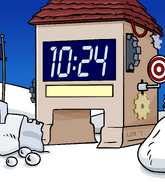 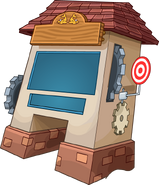 Engine of the Clock Tower as seen during PSA mission 7