Starting in June 2015, Club Penguin began releasing sneak peeks for the project that would eventually be known as Club Penguin Island. At the time, it was referenced almost universally as Project: Super Secret.

The Clothing Customizer is a part of Club Penguin Island that was first partly revealed on June 29, 2015 on the fan blog, Club Penguin Space. On July 3, 2015, it was revealed by Club Penguin in a video. Unlike the Custom Hoodies, players will be able to change the color of a hoodie in three areas, add one of many patterns, add a decal, and alter its size.[1]

On March 11, 2016 with the post "Project: Super Secret Update!", Megg posted a video showing the close-to final version of the Clothing Customizer.

On August 21, 2015, Megg teased another part of Club Penguin Island in a blog post called "Express Yourself". The post showed a test video of actions penguins could use to express their feelings.

On November 27, 2015, Megg teased another part of Club Penguin Island in a blog post called "Project: Super Secret... Welcome!". The post showed the concept of an area where new penguins are welcomed into the community.

On December 22, 2015, Spike Hike posted a sneak peek of the new renovated Club Penguin Island alongside the new Migrator on Twitter, with a caption underneath saying: "Hey this looks familiar, yet different. Are we in a different dimension?" It also shows part of the new Welcome area, the Beach, and a tall building in the back.

On January 29, 2016, Megg posted a sneak peek of the Fun Hut with the post "Project: Super Secret - Fun Hut!". The post showed the concept art for the hut.

On February 24, 2016 with the post "Calling All Penguins in Australia and New Zealand!", Spike Hike posted a sneak peek of Disney Mix, a social messaging app that was released on February 25, 2016 for iOS and Android.[2][3] The app contained a range of Disney content as well as a free and safe way to chat.

On February 26, 2016 with the post "Puffle Emotes?! Disney Mix Now Available in Australia and New Zealand", Megg posted a video about the app being available and in the comments she talked about how Club Penguin Island was more than just Club Penguin and that Disney Mix just incorporated a bit of the game.[4]

On July 21, 2016 with the post "Disney Mix, Coming Soon", Megg announced that the app would be available to more countries very soon.[5]

On April 29, 2016, Megg posted a sneak peek showing how players will be able to wear clothing while playing musical instruments. The video contained a sneak peek of a room as well as some features such as quick chat, emojis, and actions. A teaser of this sneak peek was shared on the fan blog, PengFeed, the previous day.

On May 30, 2016, Spike Hike posted a sneak peek of his penguin in 3D and a sneak peek of a feature icon that will be posted next month, described as "a new take on serving hot chocolate and coffee on the island". The post is a poll as well, asking the community about what customizable items they want to see.

Pizza by the Slice

On June 30, 2016, Megg posted a sneak peek of a new feature that will allow penguins to eat pizza, instead of the new feature described as "a new way to serve coffee to your friends", announced by Spike Hike one month before. The reason behind this change of plans is unknown.

On July 18, 2016, Megg teased new emojis for the upcoming Club Penguin Island. When asked in the comments section if they are part of the Disney Mix, Megg answered: "Maybe both?! Only time will tell ;)".[7]

On August 31, 2016, Megg posted a few concepts of marine life and a sneak peek of a future underwater room.

On September 7, 2016, Spike Hike announced his departure from Disney and consequently Club Penguin. As his last sneak peek, he posted a video featuring new actions, consumable items, the underwater room and how penguins will interact with the environment.

On September 30, 2016, Megg posted a few cave paintings of past residents of the island, and another sneak peek of the unknown submarine room present in previous blog posts.

On October 6, 2016, the first episode of the web series Island Insider was released. At 03:10, Megg can be seen holding a sketch of a building and a fragment of the Lighthouse.[8]

On October 26, 2016, a sneak peek video showing the near finished game was released, along with a list of the completed stages of the development so far:

On November 17, 2016, Project: Super Secret was officially revealed by Megg on the What's New Blog and the official website for Club Penguin Island was released. Here, players can pre-register their usernames for when the new game releases.

Completed Customizer
Add a photo to this gallery 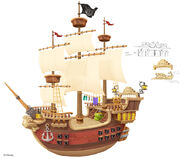 Rotation of the model
Add a photo to this gallery

The Fun Hut
Add a photo to this gallery

In February 2016, Spike Hike announced a new instant messaging app called Disney Mix. The app launched in August 2016 worldwide and was discontinued on May 18, 2017. 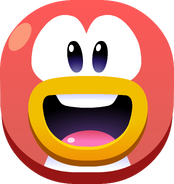 Concept art of maritime flora and fauna of The Sea Caves

Concept art of an underwater asset

Another concept art of an asset for The Sea Caves

Concept art of a clam

A full view of the Throne Room

Concept art of a throne

Spike Hike's penguin in 3D
Add a photo to this gallery 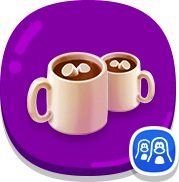 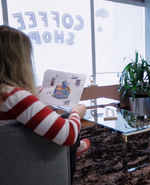 A sneak peek of some buildings. Note the item box flying past the window
Add a photo to this gallery

Disney Club Penguin Island Coming 2017 to Mobile!
Add a photo to this gallery

Retrieved from "https://clubpenguin.fandom.com/wiki/Club_Penguin_Island/Pre-beta?oldid=1873230"
Community content is available under CC-BY-SA unless otherwise noted.