The final issue of the Club Penguin Times (Issue #566) was released on March 22, 2017, a week prior to the closure of Club Penguin.

Originally, the Club Penguin Times was designed very similarly to the way real-life newspapers are, with a front page highlighting parts of the issue. Every few pages would have a different theme, with the first being recent events in Club Penguin, and the last being comics, poems, and etc.

On November 18, 2010, the newspaper was redesigned. Instead of pages, the newspaper was published on two sides of a long paper. The front side had a newsflash, feature stories, the Ask Aunt Arctic section, and then either an upcoming events or rumors section. The back side had either a continuation of Ask Aunt Arctic, comics, or fan art, as well as jokes, and a secrets section.

From issues 125 through 253, a section called In Focus was shown in the Club Penguin Times. They are as follows:

News Flash is a new section added to the newspaper after the 2010 makeover. It replaces In Focus section. This section tells what's currently happening in the island.

The old look of the newspaper had a few games on its "Extra" section. The games were Dot-To-Dot, Puffle-So-Cute-O, Puzzle Shuffle and Word Search. There were hints to upcoming parties on Word Search.

While some comics have appeared in the Community section of Club Penguin's website, fan made comics were included in all issues up until the new design in November 2010. On December 19, 2013, the comics section was brought back, replacing the second part of Ask Aunt Arctic on the second page. These comics are drawn and written by Club Penguin artists. 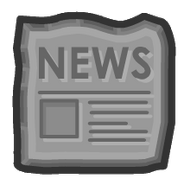 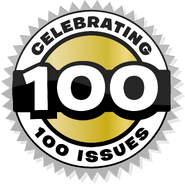 The logo of the 100th issue celebrations 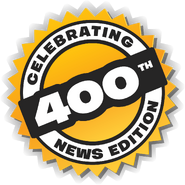 The logo of the 400th issue celebrations 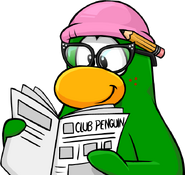 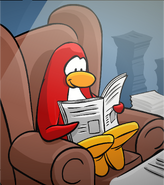 A blank template of a newspaper

A blank template of an old newspaper 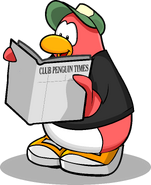 A penguin reading the newspaper