An archive page for all the "Pictures of the Month" images can be found Here.

The Featured Image is a spot on the mainpage to show our best images. A new one appears every month, but they are voted on here. The image with the highest vote difference by the end of the month becomes the Featured Image. The featured article on the main page is updated on the 29 of each month, where the Featured Image will go to archives. Once an image is chosen to be a featured image, it cannot be nominated again. These images can be about any subject in Club Penguin, including events, characters, games, etc.
Note that these images must follow the image policy.

Voters Notice: You must vote in either "For" or "Against". If you vote in for, you have to sign underneath the "For" heading. To do this you have to type this in:
#~~~~


Please remember to use "#" instead of the usual "*", because it numbers the votes making it easier to count them.

Please vote under this line 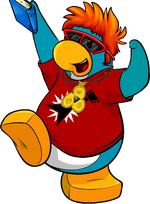 Friends of mine and others too.png (+7)

Nominated by Dps04 and Sdgsgfs 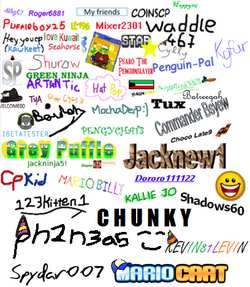 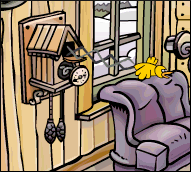 Retrieved from "https://clubpenguin.fandom.com/wiki/Club_Penguin_Wiki:Featured_Image_of_the_Month?oldid=714563"
Community content is available under CC-BY-SA unless otherwise noted.