In Club Penguin Island, comics are published on the Island News Blog.

As of Issue 426 of the Club Penguin Times, comics would occasionally appear, replacing the second section of the Ask Aunt Arctic feature. The comics were all drawn in a unique art style. There were four recurring comic series.

In order of debut appearance 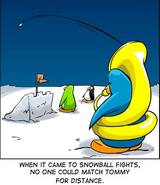 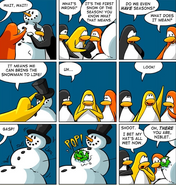 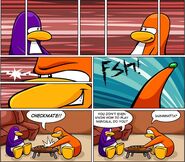 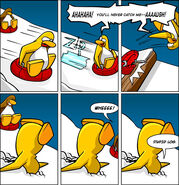 Watch Out for Logs

The Mind of a Puffle

Who's the Boss Now? 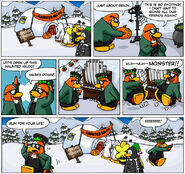 What You Always Wanted

Issue 493 (not listed as a comic in the newspaper)