Dancing Penguin is a clumsy, but friendly brown penguin. He likes to dance (hence his nickname), own a portable telescope that helps the player, and likes to ride on the Ski Lift. He appears in many of the Secret Missions, and he give players a thank-you card and a stamp when helping him in mission 3. He usually appears in missions as part of a "side-mission" or "subplot" (like having to fix their telescope or unjam the Ski Lift). In mission 11, Dancing Penguin cannot see without glasses - and so he cannot see when he accidentally break them. He is quite clumsy and he breaks stuff frequently.

He may be an EPF Agent, because in nearly all missions he have the main subplot. He also give you an alien decoder test. He is also very sensitive, as he cry in every mission. 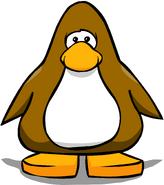 What Dancing Penguin would look like on a Player Card 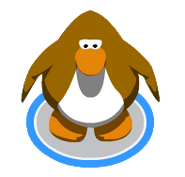 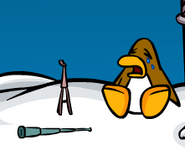 In PSA Mission 1: Case Of The Missing Puffles

After you repair his telescope 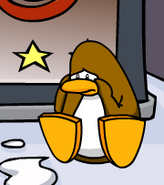 In PSA Mission 3: Case of the Missing Coins when the power in the Night Club goes out 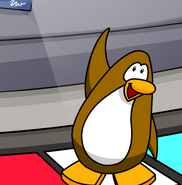 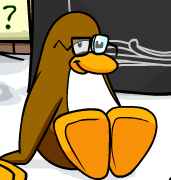 In PSA Mission 11: The Veggie Villain after you repair his glasses 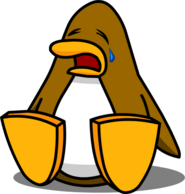 Dancing Penguin on the Ski Lift 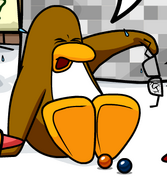 Dancing Penguin crying after he break their glasses

Dancing Penguin before he break his telescope

Dancing Penguin while you're fixing his telescope 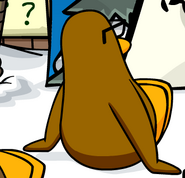 Dancing Penguin watching a screen
Add a photo to this gallery

Retrieved from "https://clubpenguin.fandom.com/wiki/Dancing_Penguin?oldid=1903046"
Community content is available under CC-BY-SA unless otherwise noted.