The Delightful Diver is the name of an act that was performed by a Pink Puffle at the Great Puffle Circus at The Fair 2009, The Fair 2010, The Fair 2011 and The Fair 2012. It was the fourth act in the circus.

When the pink puffle icon is clicked, the puffle would appear and it would climb up a ladder leading to a diving board. When it got to the top it became nervous; then a snorkel popped into view. The puffle then put it on; dived and landed in the pool. It then got out, and bowed happily. 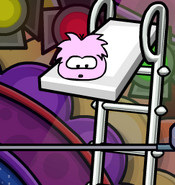 The Delightful Diver about to jump 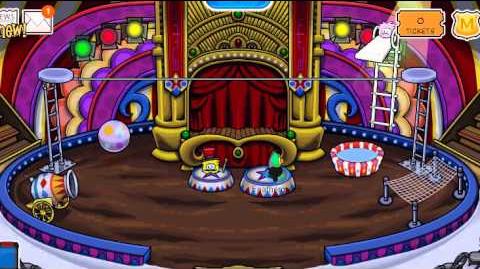