An Elite Penguin Force Agent, Elitist or EPF Agent, is a penguin employed by the Elite Penguin Force who works to make Club Penguin Island a safer place. They are assigned special EPF missions. They have access to the EPF Command Room. G, Jet Pack Guy, Rookie, Puffle Handler, and Dot are EPF agents. EPF is also a hidden abbreviation for the Everyday Phoning Facility.

EPF Agents work closely with the Director of the E.P.F. to help Club Penguin. Originally, you could become an EPF Agent by unlocking the code found in Club Penguin: Elite Penguin Force. After the Popcorn Explosion and merge with the PSA, ex-PSA Agents and anyone who is given an invitation can take a test in the Everyday Phoning Facility and become an agent. EPF Agents have access to the new rooms such as the Puffle Training Room, the Mine Tunnels, and the Tool Shed in the game Club Penguin: Elite Penguin Force.

In the online version of Club Penguin, there were no missions for EPF agents besides Field-Ops and System Defender until Battle of Doom. Starting April 5, 2013, In-Game Missions became available. From December 1, 2010, an EPF Agent receives a paycheck of 350 coins. EPF Agents have all the necessary state-of-the-art equipment to fight crime. It is also possible to become an EPF member without the postcard or the 2009-2010 year book. Go into the phoning facility (if you are not an agent), and wait for the snow ball target to appear on the upper right part of the screen. A lever will open a tile on the wall and reveal a snowball target. Throw a snowball at it and you can become an agent!

How to become an EPF agent

As EPF Agents complete missions on the Club Penguin: Elite Penguin Force video game, they get promoted to different badges on the game. Here's a list of the badges in order of rank: 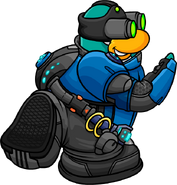 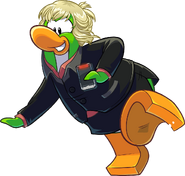 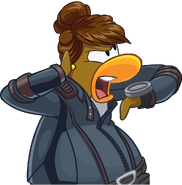 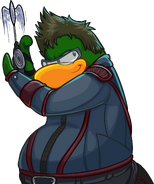 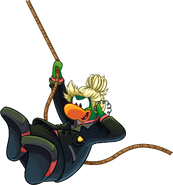 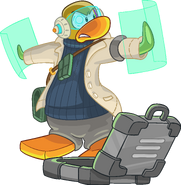 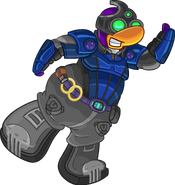 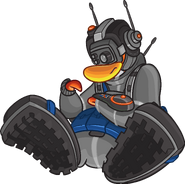