The Eyepatch was a face item in Club Penguin. All players could obtain it for free from Rockhopper's Rare Items. It could have been unlocked from series 1 and 7 the Treasure Book, or by using the code ELPIRATA. It could also have been obtained by Puffle Digging. 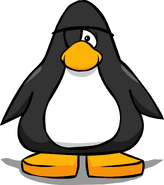 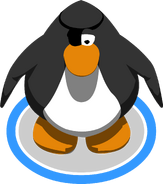 As seen on the Treasure Hunt postcard, along with the Feathered Hat and Pirate Bandana

As seen in series 2 of the Treasure Book, along with the Puffle Bandana and Lighthouse Shirt
Add a photo to this gallery

Retrieved from "https://clubpenguin.fandom.com/wiki/Eyepatch?oldid=1873826"
Community content is available under CC-BY-SA unless otherwise noted.