Fireworks were recurring aesthetics in Club Penguin. They were most commonly seen on July 4th for Independence Day and New Year's Days. Fireworks could usually be viewed at the Iceberg and Ski Hill, but have also been viewable at the Snow Forts, Plaza, Town and Beacon on a few occasions. Most fireworks ended on July 5 or January 4. Their shapes were in the classic "burst" pattern, although some have been in puffle patterns.

The fireworks at the Iceberg

Fireworks at the Ski Hill

Fireworks at the Snow Forts 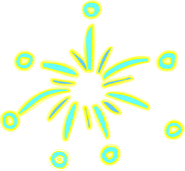 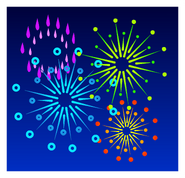 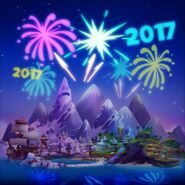 An image posted on Club Penguin social media on New Year's Day 2017, featuring fireworks
Add a photo to this gallery

Retrieved from "https://clubpenguin.fandom.com/wiki/Fireworks?oldid=1873957"
Community content is available under CC-BY-SA unless otherwise noted.