The Franken Hat was a Puffle Hat in Club Penguin. It could have been unlocked by using the code from an Orange Puffle plush with the Franken Hat. 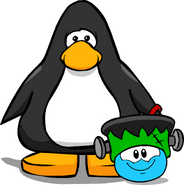 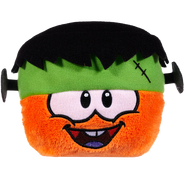 In an igloo
Add a photo to this gallery

Retrieved from "https://clubpenguin.fandom.com/wiki/Franken_Hat?oldid=1905748"
Community content is available under CC-BY-SA unless otherwise noted.