Frost Bites were creatures that members could transform into during the Holiday Party 2012, Holiday Party 2015 and Holiday Party 2016. One appeared in the episode Cool In The Cold, dancing with Cadence and other skating penguins. Frost Bites have the features of a penguin, except they were frozen and could freeze other penguins using a frosty energy coming from its flippers, which is what gave the creatures their name. They also had ice spikes sticking from parts of its body, and claw-like feet. These creatures were masters of mischief.

They come from the Frozen Land. They love to pull pranks, and can sneeze icicles and fart snowflakes.

On November 27, 2012, Club Penguin uploaded the music video/episode of Club Penguin Shorts for the brand new song by Cadence and the Penguin Band, Cool In The Cold. For the first time, Frost Bite appeared. Many penguins did not know the real identity of this mysterious ice penguin. It was only seen skating with Cadence and freezing other penguins while the song played. The character was given a name by the fans, Jack Frost (possibly for the movie Rise of the Guardians, which was released earlier that month). Some penguins tweeted Club Penguin staff members on Twitter, asking who this penguin was and what significance it had. It wasn't until Thursday, November 29, 2012, when the first Holiday Party 2012 Log Out Screen was released. The screen said "Members: Freeze Your Friends!". This confirmed that Frost Bite was indeed a part of 2012's Holiday Party. However, the name of the penguin and the major role it played at the party was still not revealed.

Spike Hike finally tweeted that the mysterious penguin's name was a Frost Bite, a special species of ice penguin, and that you would be able to transform into one at the Holiday Party 2012. Soon after, the homepage of the website was updated with a new look, and Frost Bite appeared on it. In the new Club Penguin Times on December 13, 2012, Rockhopper confirmed that those who eat the cookies made from the Magic Cookie Recipe could become Frost Bites, and also Reindeer Puffles and Road Racers. A TV advertisement was added for the party, and a sneak peek video was added on December 14, 2012, revealing the actions and the sprite of a Frost Bite. 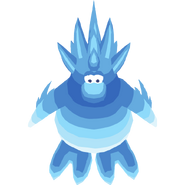 The action Frost Bites do when throwing a Snowball 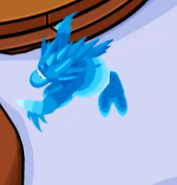 Your Player Card when you've transformed into a Frost Bite

A close up on a snowball on the ground

The ice that forms when hitting a penguin with a snowball

A Frost Bite in Cool In The Cold

The same Frost Bite in Cool In The Cold

A closer look at the Frost Bite from the third Log Out Screen, next to an Arctic White Penguin wearing Holiday Lights 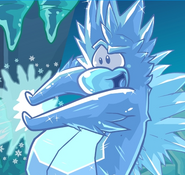 A Frost Bite on the party's first Log Out Screen

A Frost Bite freezing the ground

A group of Frost Bites

Cadence and a Frost Bite together 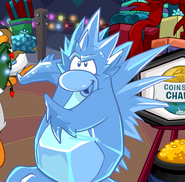 A Frost Bite on the homepage 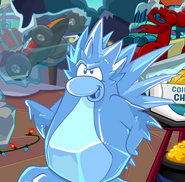 The same Frost Bite on the homepage again 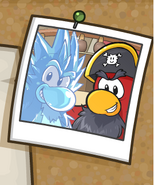 Rockhopper and a Frost Bite 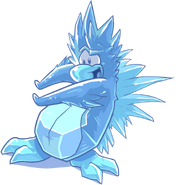 Artwork of a Frost Bite 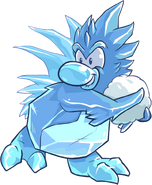 A Frost Bite making a snowball 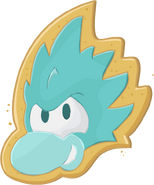 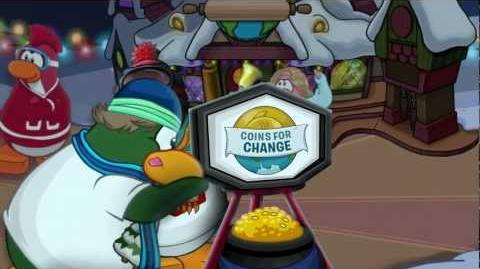 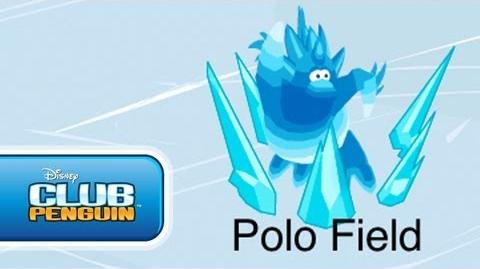