The Future Party was a party in Club Penguin that occurred from May 22 to June 4, 2014. During the party, players could travel to a future time period of the year 4014[1] and could blast off into space to defeat a forgotten enemy.

A Future Party was first hinted in Spike Hike's backstory of #WaddleOn... with Gary!. Players responded with a desire for a Future Party, leading to the party being made. On November 8, 2013, Spike Hike posted on the fan blog Club Penguin Memories a little background about the episode.[2]

However, the Future Dome wasn't used in this party.

Gary uses the Time Trekker 3000 in early May to go to the future. He meets the Extra-Planetary Federation (future EPF) and Gary 3000 (future version of himself). However, the Ultimate Protobot 10K is threatening to sink the island by shooting it down with meteors unless Gary 3000 gives into his demands. The future EPF cannot help as they embark on other missions involving distant planets such as Upzar II, so citizens of the "present Club Penguin" must go to the future through the Time Portal (not the Time Trekker 3000, as it is used as the source instead), so they can save the island from the incoming meteors, the microbots, and Protobot.

Protobot's plan after was to rule the entire galaxy by stealing secret technology from the EPF. He came on May 29, 4014 in the future, floating in orbit, when attacking from a distance became a challenge. He then battles the new Extra-Planetary Federation Agents to rule the universe, but is defeated by the advanced technology and explodes.

As seen in the future version of the island, a large apocalyptic event occurs that destroys large portions of the island. It is unknown if this is simply an alternate timeline, and that knowledge of these events allows them to be avoided, causing a different version of the future in which the island is not destroyed. The future island is also very different from the present. The sky looks like the purple space above, and the trees and plants are made of holograms.

= Stamp that only members could obtain during the party.

A sneak peek from the Membership page

A sneak peek of the Penguin Style items

Polo Field confirming it at a Field Day

A sneak peek on the What's New Blog of Robos. (Only 3 of them made it to the final party.)

Another sneak peek of the mini-game

Another sneak peek of the mini-game

The Beacon Telescope view in May 2014, possibly showing Proto-Bot

Proof that Gary will be the mascot

A sneak peek of the future portal at the Snow Forts 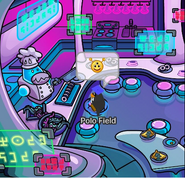 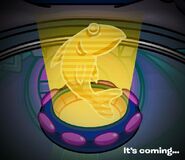 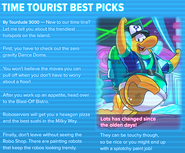 The logoff screen for the party

The homepage and login screen for the party 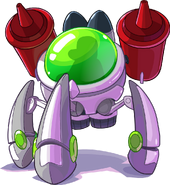 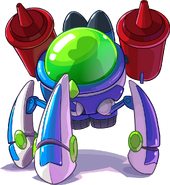 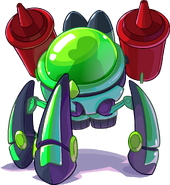 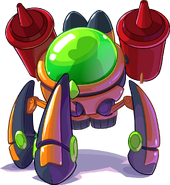 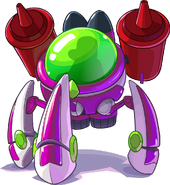 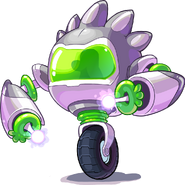 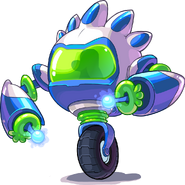 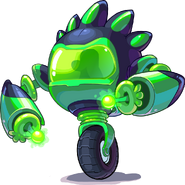 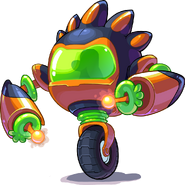 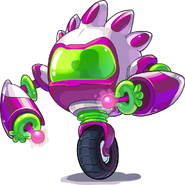 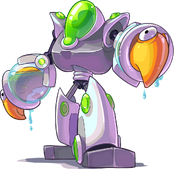 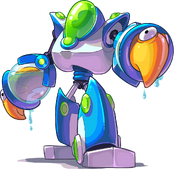 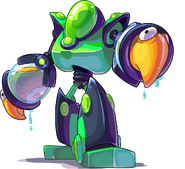 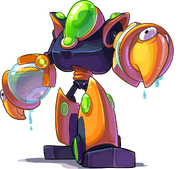 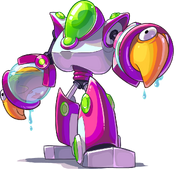 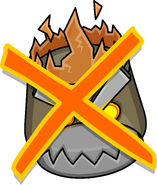 The EPF Messages related to the party

The note when a non-member tries to paint a Robo

The map during the party
(Present Club Penguin)

The map during the party
(Future Club Penguin) 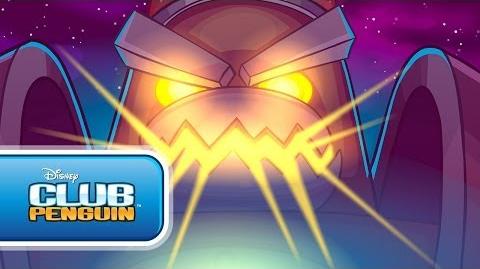