There were Four Ghosts that appear in the book, A Penguin Christmas Carol. They were all a parody of the actual ghosts in A Christmas Carol, a novel written by the popular Victorian author, Charles Dickens.

There were also other ghosts on Club Penguin Island, such as the Candy Ghosts and Gariwald VIII.

At the Halloween Party 2016 members were able to transform into them by using the Monster Maker 3000.

Jacob Mukluk is Scrooge's business partner. He worked at the Pizza Parlor.

Ghost of Christmas Past

The Ghost of Christmas Past is a ghost that showed Scrooge how he had fun with Bambadee, Suneroo and Smulley during a past Christmas when he was a young penguin. There's no picture of it seen in the book.

The Ghost of Christmas Present is a jolly, decorated ghost. He showed Scrooge happy penguins that had fun and donated for Coins for Change.

The Ghost of Christmas Future is a shadowy character. He looks miserable and his face is partly shaded so the features of his face cannot be seen. He shows Scrooge a sad penguin which is himself, what would happen if he didn't stop being greedy.

Gariwald VIII is the great uncle of Gary the Gadget Guy, the uncle of either one of his parents. He has been missing for a very long time. He could possibly be friends with Sensei. He appears in the Halloween Party 2012, as you have to search for his ghost in his Haunted Mansion. He looks almost identical to Gary, besides his side-burns, mustache, outfit, and of course, the fact he is a ghost. But if you completed the field-op October fourth Gary the Gadget Guy will say " Eureka! You found my Great Uncle Gariwald's lost laboratory notes. Well done! Hmm... Before he disappeared, it looks like he was investigating a paranormal ectoplasmic activity. In other words Ghosts...". On the second issue of the Penguin Times on the Halloween Party 2012 it says that he wanted to study ghosts, and the best way to study a ghost is to become one, so he used the Ghostamatron to become a ghost, meaning that he isn't actually dead.

Skip was an evil Ghost disguised as a Bellhop for the Puffle Hotel. He tricked players into helping him catch the Ghost Puffles to use their ghost energy to become stronger and to haunt Club Penguin. It was also Skip that kidnapped Gariwald at the Halloween Party 2014.

Skip's first and only appearance so far was during the Halloween Party 2014.

Giant Ghosts were spotted on the island during the Halloween Party 2012. They appeared when a ghost penguin performed the special dance action in certain rooms. They were visible without having to wear the Ghost Goggles. However, they could not be caught even if the Ghost Catcher Uniform was used.

Ghost Puffles appeared during the Halloween Party 2014. They were the supposed 'haunters' of the Puffle Hotel. Penguins were eventually able to adopt as many as they chose upon releasing them from captivity.

The ghost of Jacob Mukluk

The ghost of Christmas Present 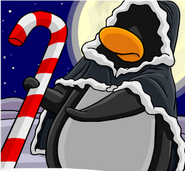 The ghost of Christmas Future

A Penguin transformed into a Ghost 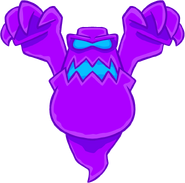 A Giant Ghost that was spotted at the Halloween Party 2012 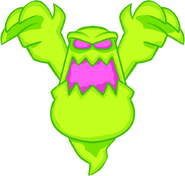 Another ghost spotted at the party 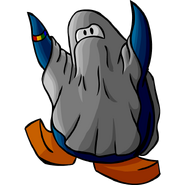 Bambadee disguised as a ghost 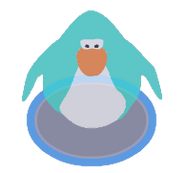 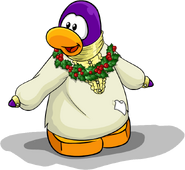 The Ghost of Yesterday

The Ghost of Tomorrow 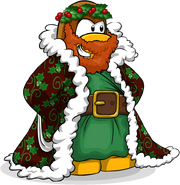 The Ghost of Today

The ghost of Gariwald VIII 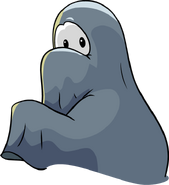 A penguin disguised as a ghost 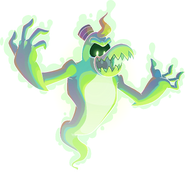 Skip, an evil ghost who tried terrorizing Club Penguin during the Halloween Party 2014 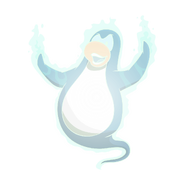 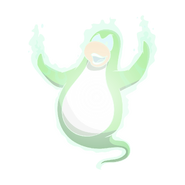 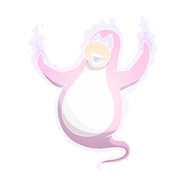 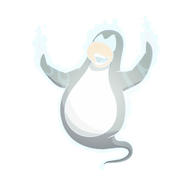 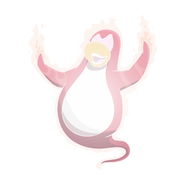 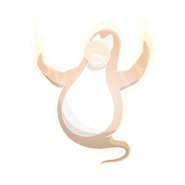 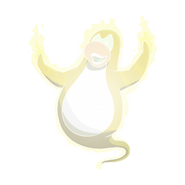 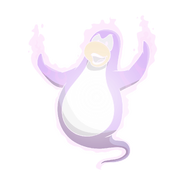 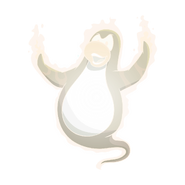 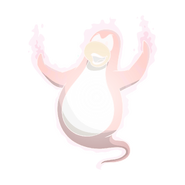 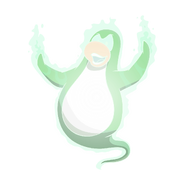 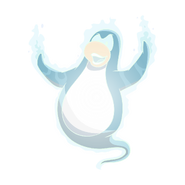 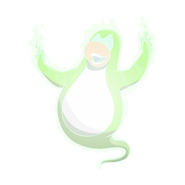 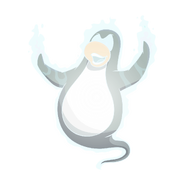 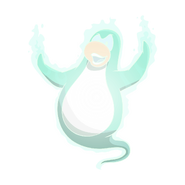 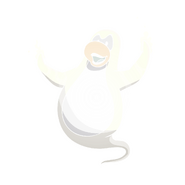