The Golden Wheel was a rare pin that was released when the Aqua Grabber was being used to retrieve the Migrator's missing parts (also known as the "Save the Migrator Project"). This pin was exclusive, as the only way to have attained it was to collect all the pieces and finish the game, although there was only one level at the time. 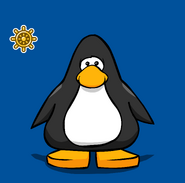 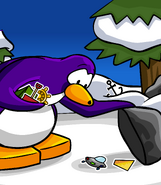 Retrieved from "https://clubpenguin.fandom.com/wiki/Golden_Wheel_Pin?oldid=1918965"
Community content is available under CC-BY-SA unless otherwise noted.