The Green Hard Hat was a head item in Club Penguin. It cost 50 coins in the Penguin Style catalog, and only members could buy it. It could also have been unlocked from series 11 of the Treasure Book. 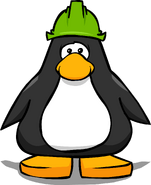 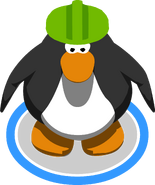 The sneak peek from the What's New Blog 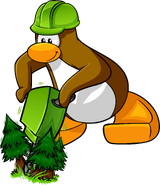 As seen in the April 2010 Penguin Style catalog

As seen on an Earth Day 2010 login screen

As seen in the animation for the "Green Jackhammer" power card 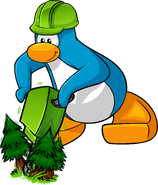 Retrieved from "https://clubpenguin.fandom.com/wiki/Green_Hard_Hat?oldid=1874531"
Community content is available under CC-BY-SA unless otherwise noted.