Club Penguin Wiki
Register
Don't have an account?
Sign In
Advertisement
in: Parties, Halloween Parties, Parties of 2013,
and 2 more

The Halloween Party 2013 was a party in Club Penguin, which took place from October 17, 2013 to November 1, 2013. It is the 9th annual Halloween Party. During the party Rookie, and the 8th Anniversary Party was taking later in the party, where Aunt Arctic was also meetable. The party was confirmed in issue 14 of the Brazilian Club Penguin Magazine.

The party was mainly focused around candy Rookie ordered from Spectral Sweets. That year you could have a Jack-O-Lantern in your igloo and you could eat candies to turn into monsters like: werewolfs, vampires and zombies. Also, that year the Halloween Party rooms were decorated different as well due to it being Rookie in charge of it that year when it is normally Gary setting it up. Rookie had a new shirt to mark the occasion of Halloween that year as well. 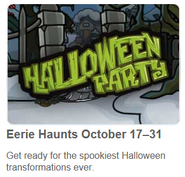 A sneak peek from the Membership page 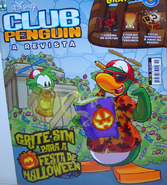 Rookie on the Club Penguin Magazine

The sneak peek for the party 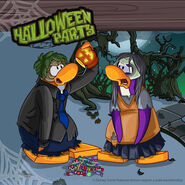 Information from the What's New Blog

The first homepage and login screen

The second homepage and login screen 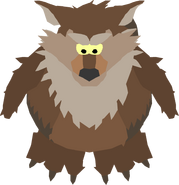 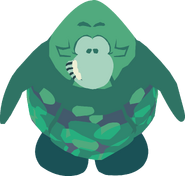 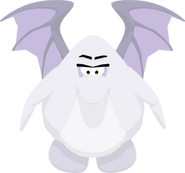 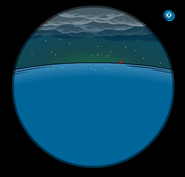 The Telescope from the Beacon during the party

Concept art of the Snow Forts 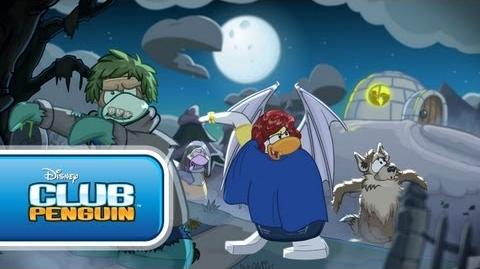 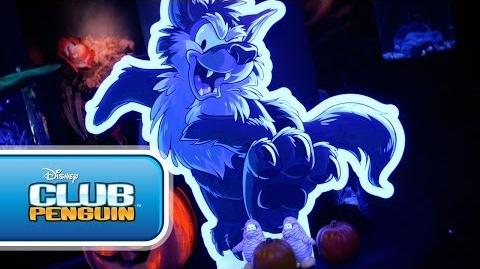 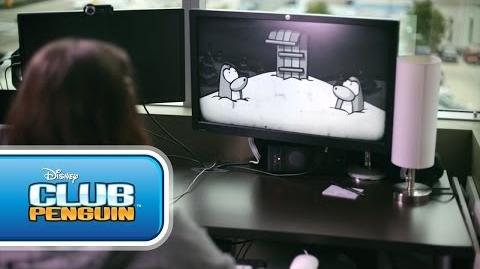