Club Penguin Wiki
Register
Don't have an account?
Sign In
Advertisement
in: Parties, Parties of 2010, 2010,
and 2 more

Holiday Party 2010 is a party in Club Penguin that was held in December 2010. It was very similar to the Holiday Party 2009, only there were different free items. Coins for Change returned but it was a different version. On the Migrator you were able to play a Christmas version of Treasure Hunt like the past two years.

It was confirmed in Club Penguin's recent poll, and the What's New Blog. It is the 6th annual Holiday Party. Before Rockhopper came for this party there was a note on a box from Rockhopper at the Beach. The note said: "I be leavin' these tubes with ye! Me and Yarr be visitin' soon for Coins for Change! -Rockhopper and Yarr." Also, in a blog comment, Billybob confirmed it will end on December 27. Rockhopper was spotted bringing tubes on his ship which were soon used for Coins for Change to transfer coins collected to the Lighthouse.

The log-in screen, advertising the party 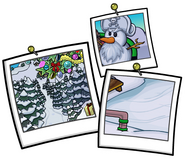 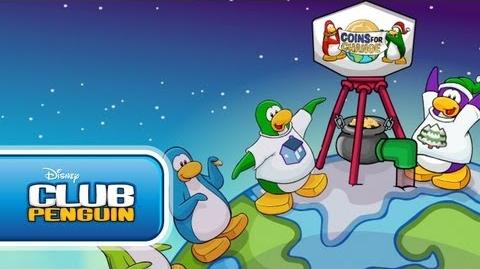