Club Penguin Wiki
Register
Don't have an account?
Sign In
Advertisement
in: Parties, Parties of 2011, 2011,
and 2 more

A new room called the Bakery was added for the party, where you could obtain a Baker's Apron. Rockhopper arrived during this party with a new free item. Aunt Arctic also made an appearance during this party. The Advent Calendar at the Forest had gifts inside, a new one obtainable daily until December 25, like pins, backgrounds, head items, etc. However, on December 25, Christmas Day, there had been a body item made available for all players.

Holiday Party 2011 image on the Global Citizenship page. If you look closely, you'll notice the CFC Cap (upcoming free item for Coins For Change) on the middle front penguin

A sneak peek by Happy77

The homepage for the party construction

Homepage screen for the party

The first login screen for the party

The second login screen for the party

The third login screen for the party 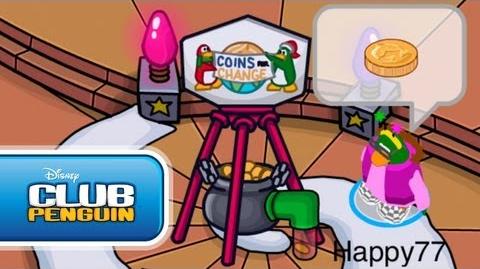 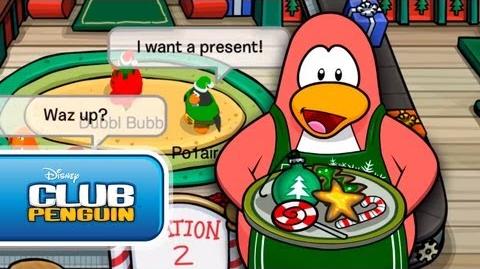 12 FREE Gifts for Everyone at the Holiday Party!