Hydro Hopper (formerly known as Ballistic Biscuit) is the first-ever minigame in Club Penguin. It is accessible through the Dock.

In the game, the player rides along on an inner tube, towed by a motorboat, and has to go through the various levels. The inner tube follows the mouse in an arc, based on its horizontal position, and the player can jump by pressing the left mouse button.

In each level, a series of obstacles appear, and the player must avoid them. Running into an obstacle tips the player over, and the player loses a life, from a total of 3. Starting level 2, the player may gain another life by collecting white life rings, but may never have more than 3 lives left. The game ends by being tipped over without having lives left.

Whenever the player dodges an item, they receive 1 point, or 10 points if they jump over the obstacle; the only exception being gray buoys, which will tip the player over anyway if they try to jump over it. In the end of the game, the player earns a coin for every 10 points from the total score, rounded to the nearest multiple of 10.

In addition, members can buy wakeboards to the game from the Game Upgrades catalog at the Dock, which will be used instead of the standard inner tube. Using a wakeboard has no effect on the gameplay other than aesthetics.

Whenever completing a level, a message would appear, with a button for continuing to the next level. The messages are the following:

Hydro Hopper is based on a previous game from RocketSnail Games' website, Ballistic Biscuit, created by rsnail in 2000. The game had human figures instead of penguins, and rsnail later made various versions of the game for other websites.

When Hydro Hopper was first added to Club Penguin, it was its very first minigame.

The music was first added on September 23, 2005. The name "Hydro Hopper" was chosen in a vote, held in the Club Penguin Times during Fall Fair 2007.

In issue 99 of the Club Penguin Times, published on September 6, 2007, a vote for renaming the game "Ballistic Biscuit" was held. The results, published a week later, on the 100th issue, are the following: 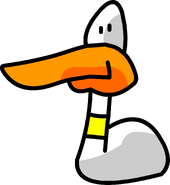 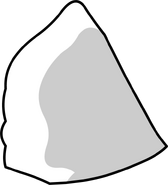 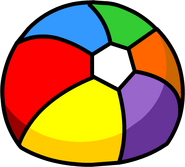 Yellow Periscopes
Add a photo to this gallery

The game featured on a wallpaper

The name vote in The Penguin Times

Hydro Hopper as seen on the homepage

Another wallpaper of the game

The Hydro Hopper boat
Add a photo to this gallery