The Ice Skates are a pair of extremely rare feet items in Club Penguin. All players could obtain them during the Sports Party event at the Snow Forts. 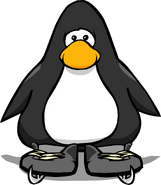 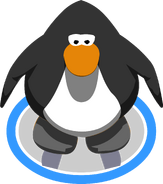 In-game.
Ice Skates and Yellow Scarf.JPG
As seen in issue #114 of the Club Penguin Times.

As seen on the old Club Penguin header. Notice that only the bottom of this item is seen on the penguin's feet.
Sports Day forts.png
As seen available at the Snow Forts during the Sports Party.
Add a photo to this gallery

SWFEdit
Retrieved from "https://clubpenguin.fandom.com/wiki/Ice_Skates?oldid=1463297"
Community content is available under CC-BY-SA unless otherwise noted.