Jangrah is a penguin in Club Penguin who stars in the television specials We Wish You a Merry Walrus, Club Penguin: Monster Beach Party where she plays the lead role and Club Penguin: Halloween Panic!.

In We Wish You a Merry Walrus, Jangrah, along with the rest of her clique, goes on a journey to aid a Crystal Puffle who sought their help. Prior to the special, she became president of the "Igloo Owners Association".

In Club Penguin: Monster Beach Party, the focus is Jangrah's habit of planning everything. She planned a Surf 'n' Sno-Cone Beach Party but accidentally released the Megalodon due to the tremors of Cadence's beats. Lorna, who wanted Jangrah to embrace more of a "go with the flow" attitude, tells her a story about a similar incident in prehistoric times. With knowledge of taming the Megalodon, she befriends it, saves her friends from certain doom, and agrees to perhaps have a more flexible way of being, only to tell her checklist she did not mean that seriously.

In Club Penguin: Halloween Panic!, she hosts a Haunted Igloo with her friends and functions as the tour guide. While being a bit annoyed with Roofhowse not entirely pulling off "Count Roofhowse-ula" to perfection, the focus becomes Blizzard, who pranks them into believing they are under an unscripted Zombie attack. She is so upset with Blizzard that she fires him. After Blizzard fixes his mistakes and puts the ghosts back into their portal prison, Jangrah hires him back and says to consider Gus one of the gang, to his surprise.

Jangrah is a perfectionist, and always makes lists and schedules for everything she does. She gets upset when her friends brush off her initial plans but she seems to take the stress well and mostly looks for a solution over getting angry about it. 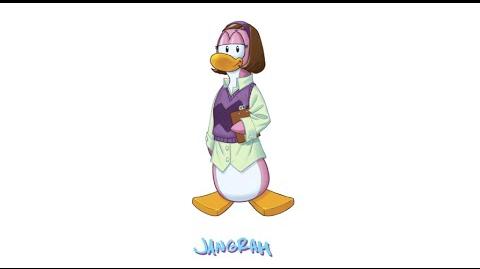 Meet Jangrah - We Wish You a Merry Walrus - Club Penguin 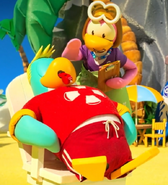 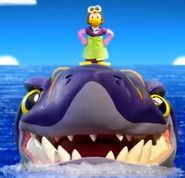 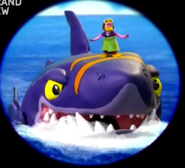