The Keeper appearing in Card Jitsu

The Keeper jumping on the Night Club speaker

Another picture of The Keeper

The Keeper dressed for the Halloween party

In issue #108 of the Club Penguin Times, The Keeper is mentioned 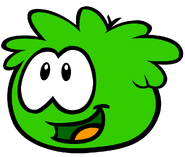 The new look of the Keeper

The Keeper's new look in the Night Club

The actions of the puffle in the game. (Click on the Picture) 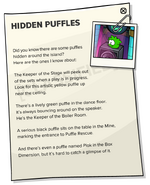 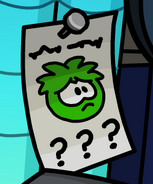 The poster about his kidnapping 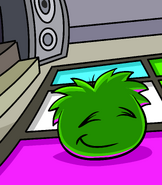 The Keeper of the Boiler Room at the Forest, during the Music Jam 2016
Add a photo to this gallery

Retrieved from "https://clubpenguin.fandom.com/wiki/Keeper_of_the_Boiler_Room?oldid=1921497"
Community content is available under CC-BY-SA unless otherwise noted.