Kezacoa was a French translator and blogger of Club Penguin Island and formerly of Club Penguin. After the departure of Loustik005, she was the only active blogger on the What's New Blog, and continued to write for the Island News Blog. 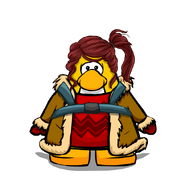 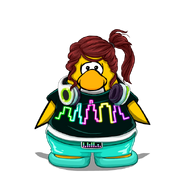 Player Card uploaded by herself 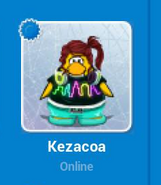 A friend request from Kezacoa
Add a photo to this gallery

Retrieved from "https://clubpenguin.fandom.com/wiki/Kezacoa?oldid=1900963"
Community content is available under CC-BY-SA unless otherwise noted.