The Lifeguard Shirt was a body item in Club Penguin. It cost 180 coins in the Penguin Style and Snow and Sports catalogs, and only members can buy it. It could also be unlocked from series 4 of the Treasure Book. 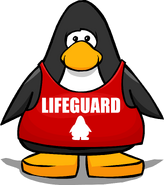 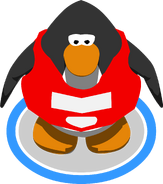 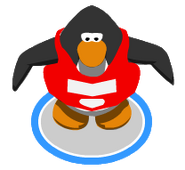 As seen in series 4 of the Treasure Book, along with The Firestriker, Green Sunglasses, and Life Ring 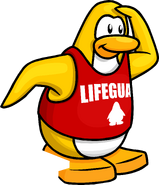 As seen in the May 2010 Snow and Sports catalog 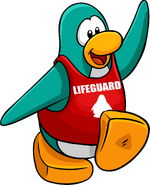 As seen in the January 2012 Penguin Style catalog

As seen on an Underwater Adventure login screen

Russian icon
Add a photo to this gallery

Retrieved from "https://clubpenguin.fandom.com/wiki/Lifeguard_Shirt?oldid=1894876"
Community content is available under CC-BY-SA unless otherwise noted.