Lorna is a penguin in Club Penguin that stars in the television specials We Wish You a Merry Walrus and Club Penguin: Monster Beach Party.

Lorna goes on an adventure with Roofhowse to help him save the holidays.[1] Lorna tells Roofhowse about a prophecy where one day, a mysterious stranger would save Merry Walrus from annihilation. She also tells him she had a dream about waffles. 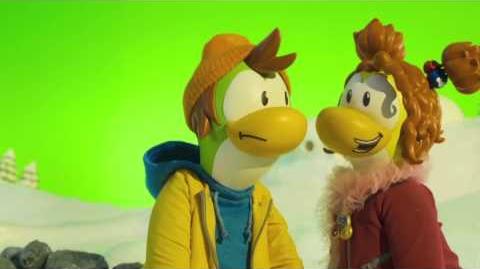 Lorna with a flashlight, telling the ancient prophecy

Lorna dancing with her friends

Lorna and her friends on the Merry Walrus' Sleigh