Loustik005 (real name Didier Thevenon-Gleed)[1] was a blogger for the French What's New Blog. He was also the main French moderator and held some events for French users.

Mercredi Loustik is a party held every Wednesday by Loustik005. It first took place during the Prehistoric Party 2013. It is the only weekly event held by a moderator that does not have an alliteration (i.e., Moose Monday), and it is the same if translated to English (translated it means "Loustik Wednesday").

Loustik005 as a Frost Bite 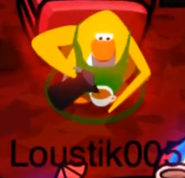 Loustik005 pouring a cup of coffee 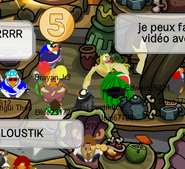