Club Penguin Wiki
Register
Don't have an account?
Sign In
Advertisement
in: Miscellaneous, Out Of Date Pages

Were you looking for the map on the Club Penguin Island game?

The Map was an interactive object that could be used to teleport to the main places on the Club Penguin Island. It could be accessed by clicking on the map icon near the bottom left corner of your screen. The Map witnessed a graphical update in 2008 after the Dojo was remodeled, and had another significant update in June 2011, where buttons for entering certain rooms were added. If a player tried to enter a full room, the map was automatically opened. Not all rooms could be accessed from the map.

Locations that were accessible

Rooms not accessible from map

Some rooms did not have a subtitle when hovering over them, meaning they were hidden. You could access hidden rooms by clicking on the area it was located in. You could also know if you were hovering over a secret room if your cursor turned into a hand. As of March 30, 2017, the Iceberg was the only room hidden, while the Mine Shack and the Dojo used to be at some point. When they were, the Dojo Courtyard didn't exist, and there was no connection between the Forest and Mine Shack.

The map looked the same as the maps from 2005, just with extra locations. The Town also still had extra buildings. The buildings were still very cluttered together

In November 2008, the map changed twice during Dig Out the Dojo. It changed so it was only covered halfway with snow. Then a few days later it changed so that the entire Dojo Courtyard was visible. The Mine Shack was also no longer a hidden room.

On June 27, 2011, the map was completely renovated. The Sports Shop was changed to the Everyday Phoning Facility, and the Recycling Plant was made visible on the map. In addition it now also shows the Tallest Mountain and a new lake (the room where new penguins are welcomed). It is also more interactive, because you can access games and places quicker. During each party, there is also a paper at the top right corner which will take you to the main room of that party, if you click on the paper.

The map during early Beta Testing

November 2007: the Stage was added

September 12, 2013: snow replaced by ground around the igloo area

December 5, 2013: temporarily changing the text for the top bar

The Mind Map during the Inside Out Party

The map for My Penguin on version 1.2 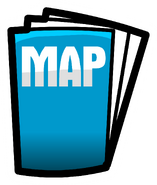 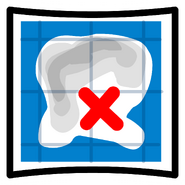 When hovering above it 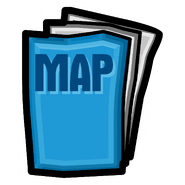 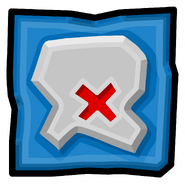 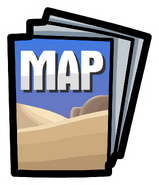 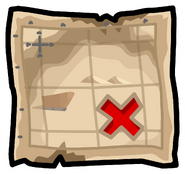 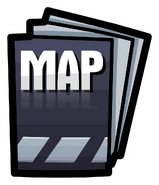 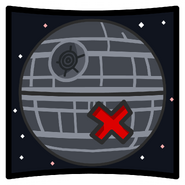 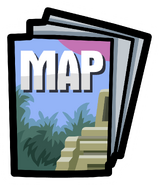 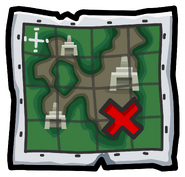 A sneak peek of the new map

The igloo map with only 2 igloos open

A penguin reading a map

Another penguin reading a map 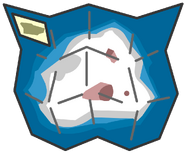 An unused sprite of the map

A sketch-up of the map before Club Penguin was released, as seen in New Horizons

A concept for a map redesign from April 2011, featuring underground rooms, the Migrator, and the scrapped Welcome Center

A later concept for a map redesign, featuring the Migrator, the scrapped Welcome Center, and an expanded community garden