Megg (real name Bobbi Jean Rieger) was a moderator in Club Penguin Island, as well as a social media staff member, blogger and formerly a Club Penguin intern to Polo Field and Ninja. She announced her departure from the Club Penguin Island team in the fifth episode of season two of Island Insider.

Bobbi announced her departure from the Club Penguin Island team on July 13, 2017.

She revealed that she now works at Yeti Farm Creative.[3] Then she returned in Late 2017 or Early 2018 as Tat3rtots.

The Megg Takeover was a small event in Club Penguin, happening from January 24 to January 27, 2014. Planned back in December 2013, the game's community intern, Megg, took over as temporary owner of the game for that weekend, replacing Spike Hike. She also took control of staff Twitter accounts and persuaded players to dress up as her.

Megg and Polo Field in The Spoiler Alert

Megg in The Spoiler Alert, reciting a story from the Club Penguin Times

Megg in The Spoiler Alert, holding a picture of herself

Megg seen in an ad for the Star Wars Rebels Takeover 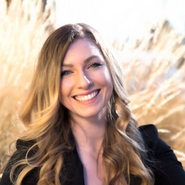 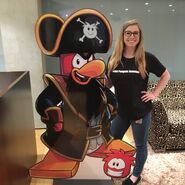 Megg spotted at the Operation: Puffle

Megg in an igloo 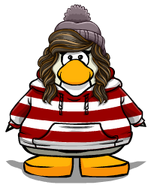 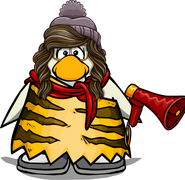 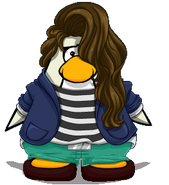 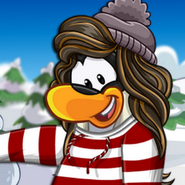 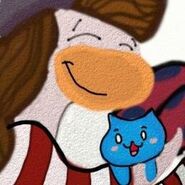 Another one of Megg's Twitter icons, featuring "Catbug" from the animated series Bravest Warriors 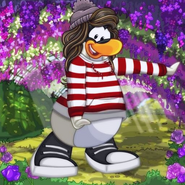 Artwork of a special hoodie, representing the "Megg Takeover" 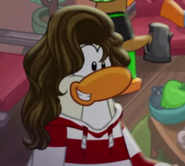 Megg's cameo in the video Agents in the Coffee Shop

The emoji avatar used by Megg on the Island News Blog