Membership is an addition to Club Penguin Island which allows full access of all features within the game. This includes designing all clothing, wearing all clothing, buying Party Supplies, playing all adventures, completing all Daily Challenges, the ability to use gear, and so on. Penguins with membership are called "members", whereas players who do not have a membership are referred to as “non-members”.

Prior to the start of the Waddle On Party, membership was optional, and could be bought with real money through credit and debit cards, PayPal, or the App or Google Play stores. Since the start of said party, all players have infinite membership.

Memberships were available for purchase on a one month, three-month, or twelve-month subscription basis. Each month the membership will renew unless auto-renew is cancelled at least 24 hours before the renew date.

All members had their membership badge on the upper-left corner of their player card image. The badge's design changed depending on how long the player has been a member for. The longer the membership lasted, the higher the badge's "rank" became. This system had been used since January 2009.

Membership prices were subject to change. 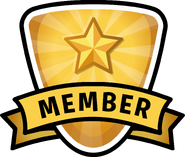 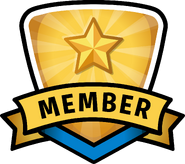 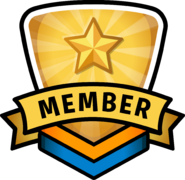 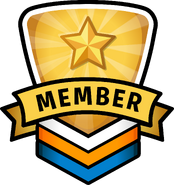 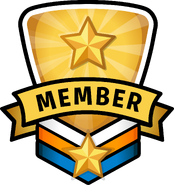