Jakks Pacific designed a series of 2 inch "Mix and Match" figures based on Club Penguin. Each pack comes with 2 figures (with the exception of Famous Penguins and certain other figures), a coin with a code, and an accessory. An Igloo Playset was also designed for the figures. It includes a blue penguin figure, a puffle, a cannon (and ball), and various furniture. Each figure has a body, head and bottom that snap on and off. Interestingly, feet can be connected with heads without a body, as well as many similar cases. Each set costs $6.00 in the US, except for the igloo set, which is $30.00. If you unlock 5 toys in a row, you can access the secret page in the Treasure Book, and unlock 4 items. They cost £5.99 in the UK, costing more than how much they are in the US.

Two Figures and an Accessory 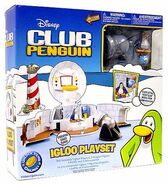 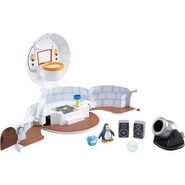 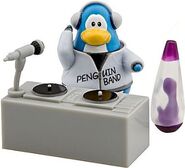 A Mix-n-Match figure
Community content is available under CC-BY-SA unless otherwise noted.
Advertisement