Players could earn Scare Points by scaring other players or playing the Scare Challenge. These points could be spent in the Monsters University Catalog, and were also added to the total of the team the one who earned the points was on, which could be selected every time the player played the scare challenge.

The team that ended up with the most points and won the games was Oozma Kappa.

On May 30, 2013, Polo Field confirmed and publicly announced the Monsters University Takeover party on the What's New Blog.

Members can prepare to scare by dressing up as their favorite characters from Disney•Pixar’s summer release of “Monsters University.”

Kelowna, British Columbia, Canada, June 27 – Disney’s Club Penguin, the #1 virtual world for kids, is partnering for the first time with Disney•Pixar to throw the Disney•Pixar “Monsters University” Takeover event. Starting today players can enroll in Monsters University on Club Penguin Island and pledge three different rival fraternities and one sorority to compete in the Scare Games.

While competing in the Scare Games by earning scare points for their fraternity or sorority, members will be able to dress up as their favorite characters from the Disney•Pixar film “Monsters University,” like Mike and Sulley. In their monstrous disguises, members can test out their roar and creep around campus to earn their own scare points. On July 6, the winning fraternity or sorority will be announced, and all players can collect the Scare Games Trophy. Additionally, the Monsters University amphitheater will be decorated in the winning team’s colors.

Players can scare now at ClubPenguin.com.

From June 27 - July 9 in Club Penguin, pick a team and compete in the first ever scare games at the Disney Pixar Monster University Takeover!

And paid members can get exclusive monster costumes to scare more. Who will win first place?

The Greek Council of Club Penguin Island begins to plan the first ever Scare Games, and plans are made to build a place to learn scaring and compete in the games. Three fraternities (Jaws Theta Chi, Oozma Kappa, and Roar Omega Roar) and one sorority (Python Nu Kappa) will compete for the trophy.

A collection of wholesome, good-natured misfits, the adorable brothers of Oozma Kappa (OK) have bonded over their inability to make it through the Scaring Program. With only four bodies in the house, they don’t even have enough members to compete in the Scare Games. What they lack in Scariness and self-confidence however, they make up for in heart.

Big on brawn but short on brainpower, the Jaws Theta Chi (JΘX) fraternity brothers are rarely seen without their flashy letterman jackets. The JΘX are brutal competitors who never hesitate to do whatever it takes to beat their opponent, even if it’s breaking the rules. Despite practically living at the gym or on the field, these sports-loving monsters often prove that bigger doesn’t always mean better when it comes to Scaring.

The Roar Omega Roar (RΩR) fraternity is made up of the best of the best. They’re the smartest, most skilled, Scariest monsters at Monsters University, and come from families with a long, proud history of Scaring. While the RΩRs may be preppy in dress, they are ferocious in action and downright ruthless, if necessary. Self-declared as the most elite house on campus, the RΩRs are lead by Johnny Worthington who presides over the house like an all-powerful monarch. Eager to continue their Scare Games winning streak, the RΩRs will do whatever it takes to stay on top.

Pretty in pink, the sisters of Python Nu Kappa (PNK) are not to be underestimated. Led by their fearless queen bee Carrie, these ladies are smart, cold-hearted and merciless. Covered in pink from head to toe, the PNKs sweet exterior quickly turns terrifying when the Scare Games begin.

An image Polo Field posted on the What's New Blog, of the Monsters University pennant

An image posted on the blog

Loustik005's sneak peek of the Coffee Shop and George Costume 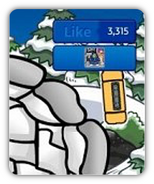 Scare Games Login Screen
Add a photo to this gallery

The third homepage
Add a photo to this gallery

Town Center
Add a photo to this gallery

JOX
Add a photo to this gallery

The homepage background for the party

The wallpaper released for the party

The map during the Party 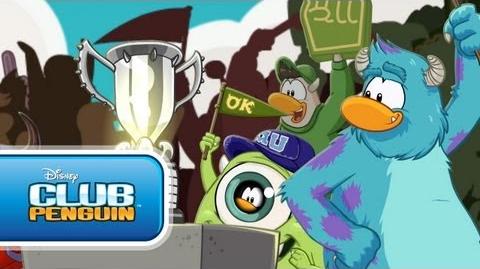 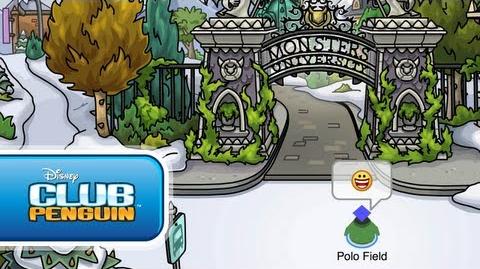