The New Player Red Baseball Hat was a head item in Club Penguin. It was automatically received after creating an account, along with the New Player Background. 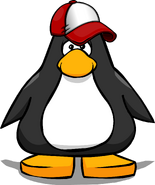 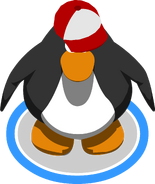