A Ninja is a master of the art of Card-Jitsu. They are skilled enough to defeat Sensei, a master of the game in his own right. Previously, Ninja Hideout was the hideout for ninjas until its closure in May 2013. During Card-Jitsu Parties it is implied that a new ninja hideout, Ninja Headquarters was a temporary 'hideout'.

According to the Card-Jitsu Saga, ninjas were not always trained in Card-Jitsu. They were trained in large groups, and they controlled the elements around them. After an incident regarding the apparent death of his friend Tusk, Sensei began creating Card-Jitsu to train ninjas better, and all ninja training ceased. Training restarted in November 2008. He subsequently began training ninjas in individual elements to prepare to battle Tusk, who was confirmed at some point to be alive.

On November 3, 2008, when Dig Out the Dojo was taking place, a poster saying "Ninja" was seen when clicking all the lightbulbs at the Dojo. On November 14, 2008 ninjas were confirmed to be real by The Penguin Times. On November 17, 2008, as Card-Jitsu was released, it was first possible to become one.

Many traces of ninjas have been spotted all over the island. Here are some: 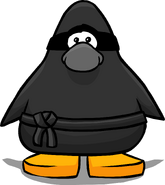 A typical ninja look in a player card 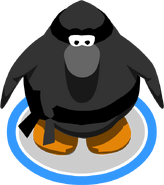 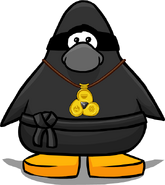 A Ninja wearing the Amulet on a Player card 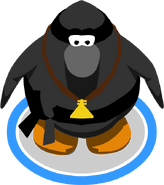 A ninja wearing the amulet in-game 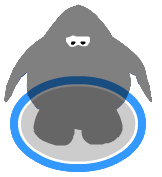 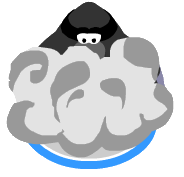 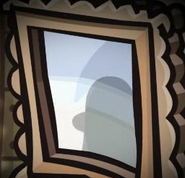 A ninja in the mirror (Note there are two of them)

A ninja spotted at the Dojo

Two ninjas spotted at the Dojo

Two ninjas spotted at the Dojo

A ninja spotted at the Lighthouse, who is invisible 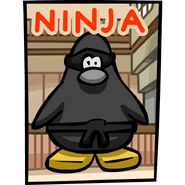 A ninja from Penguin Chat 3

The back view of a ninja

An animation showing different views of a ninja

A ninja spotted at the top of the Coffee Shop 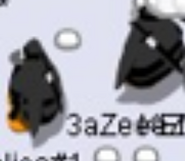 Two ninjas spotted at the Town 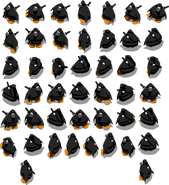 A spritesheet of Penguin Chat 3 ninjas 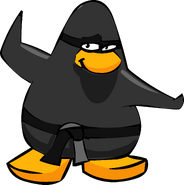 A ninja as seen in the site's old header 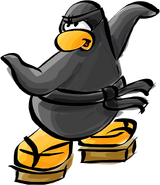 A ninja as seen on the Card-Jitsu Black Belt postcard

A ninja as seen in a login page 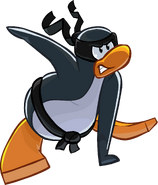 A sketch of ninjas battling Villains for the Card-Jitsu Snow 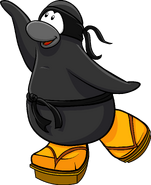 A ninja as seen in the Club Penguin Times Issue 172

A Ninja at the Dojo 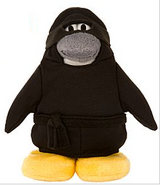 The ninja which was on the old Club Penguin homepage

One as seen in Card-Jitsu 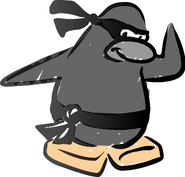 A drawing of a ninja

After playing a Ninja power-card, two of them appear and scare the other player

Sensei and ninjas in Card-Jitsu Snow

Tusk bowing to ninjas and Sensei 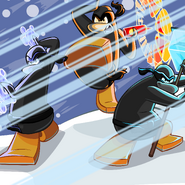