For the puffle food, see Puffle-O's. For the golden version of the fruit, see Golden O' Berry.

O' Berries are a fruit species native to Club Penguin Island. They have been seen in the wild growing on bushes, and are wild Puffles' main food source. They date back to medieval times. Different types have been seen, including Purple O' Berries and Golden O' Berry. They are the main ingredient in Puffle-Os, a popular type of Puffle Food. They have a spicy flavor, and aren't eaten by penguins, with the exception of PH.

Golden O' Berries were first seen at the Medieval Party 2013 as a secret potion ingredient. Perplexed by them, Gary gave the seeds to PH so she could study them. On November 1, 2013, their findings were published in the Club Penguin Times. It was discovered by the Puffle Handler that once a puffle ate them, they would start digging up gold nuggets. Once you collect enough gold, you can power the golden jackhammer, and finally adopt a Gold Puffle.

O' Berries are used in a plethora of different ways. It is the main ingredient in Puffle-Os, and can be fed fresh to puffles as well. They also have a more exotic usage in Penguin diets. There are also O' Berry bars, which Pete likes to consume. It has been revealed that there is a special type of O' Berry Coffee that PH enjoys drinking. Purple and Gold O' Berries are also used in Potions.

A Half Eaten O' Berry 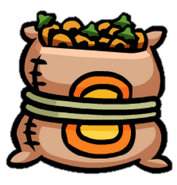 A bag of O' Berries as seen in PSA Mission 6: Questions for a Crab 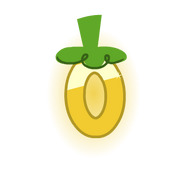 An O' Berry in the beta game Rollerscape

On a trading card 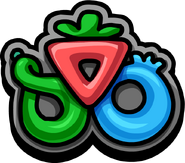 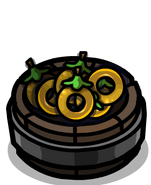 An O' Berry Bush as seen in PSA Mission 2: G's Secret Mission
Add a photo to this gallery 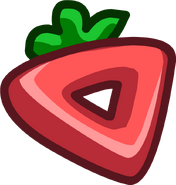 Red O' Berry, used as a drink at the Puffle Berry Mall 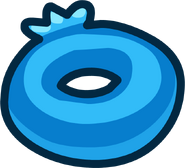 Blue O' Berry, used as a drink at the Puffle Berry Mall 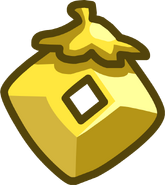 Yellow O' Berry, used as a drink at the Puffle Berry Mall

Green O' Berry, used as a drink at the Puffle Berry Mall

Golden O' Berry, used to find gold nuggets as well as being a potion ingredient

Purple O' Berry, used as a Potion ingredient at the Medieval Party 2013

O' Berry, Used for feeding Puffles
Add a photo to this gallery

Star O'Berry
Add a photo to this gallery

Retrieved from "https://clubpenguin.fandom.com/wiki/O%27_Berry?oldid=1905261"
Community content is available under CC-BY-SA unless otherwise noted.