The Party Hat (also known as the Beta Hat, Beta Testing Hat or the Beta Party Hat) is a rare head item in Club Penguin. It was available at the Town during the Beta Test Party on September 21, 2005. It was given as a reward to all the Beta Testers for their hard work during Beta Testing. 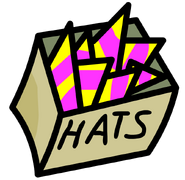 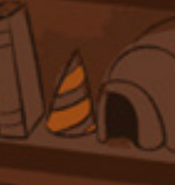 The Card-Jitsu card with the Party Hat.
123kitten1greenpufflewearingbetahat.png
A green puffle wearing the party hat in the Club Penguin Times issue #21.

A penguin wearing the Party Hat.
PenguinTimesIssue63Cover.jpg
As seen in issue 63 of the Club Penguin Times. 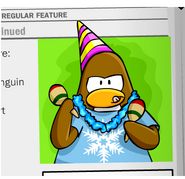 As seen in issue 136 of the Club Penguin Times.

The 1st Vampire wearing the Party Hat in the Halloween Party 2013.

Appearance in issue #170 of the Club Penguin Times. 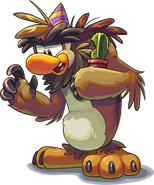 Sasquatch with his Party Hat.

A vote booth decorated with an orange puffle wearing the Party Hat, as seen in the Fashion Festival.

SWFEdit
Retrieved from "https://clubpenguin.fandom.com/wiki/Party_Hat?oldid=1706639"
Community content is available under CC-BY-SA unless otherwise noted.