Penguin Chat 3, commonly abbreviated to simply PC3, is the third installment to the Penguin Chat series that was hosted on RocketSnail Games.

You could have been a construction worker. You would have had to click on the hook of the crane in the sky (the crane was behind a fence in the background) in the snowfields that were right of the Town to get the hard hat (players did not have player cards back then, so players did not really get a hard hat permanently, you just wore one). If you danced, you would be drilling the ground and if you went into the middle snow fields, you would be driving a Snow Cat, a special form of transportation forever immortalized when it was once shown on the wall of the Pizza Parlor, and is a Club Penguin pop culture top subject, but was only available on Penguin Chat 3. By the looks of the photos, when you became a construction penguin, you became Old Blue and you became a larger penguin similar to the Club Penguin penguin.

The Penguin Chat 3 toolbar. (Notice the new icon with the wrench)

Penguins changed their appearance slightly during the transition of PC3 to Club Penguin, although they retained the same "cartoony" concept. Penguins in Penguin Chat 3 used to be a bit more complex, there was a fair bit of bevel on them, colors were more realistic and darker and their body shape was a lot more pointy and less curved.

Unlike in Penguin Chat 2, PC3 did not have the igloo, pole, or snow area. It was believed for you to have spawned in the Town, and be able to visit: Night Club, Boiler Room, Coffee Shop, Construction Site and Construction Hill.

Because Penguin Chat 3 was simply a chatworld, items and membership weren't available. There would not have been a point to membership because it was only to test the Club Penguin servers. Furthermore, membership wouldn't have had any benefit to any Penguin in the game, the reason being the game lacked the fundamentals to provide membership privileges to begin with.

The Construction Site with Snow Cats

The Snow Area next to the Town. The game Puffle Roundup has a similar look

The new version of the old Town

The new version of the old Night Club

Happy77 at the old Town 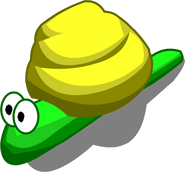 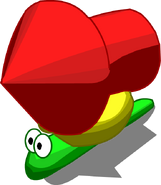 A penguin from Penguin Chat 3 throwing a snowball

A penguin from Penguin Chat 3 dancing

A ninja in Penguin Chat 3